Aria Brisbane Is Closing Next Month

The announcement comes just two years after the restaurant was relaunched. 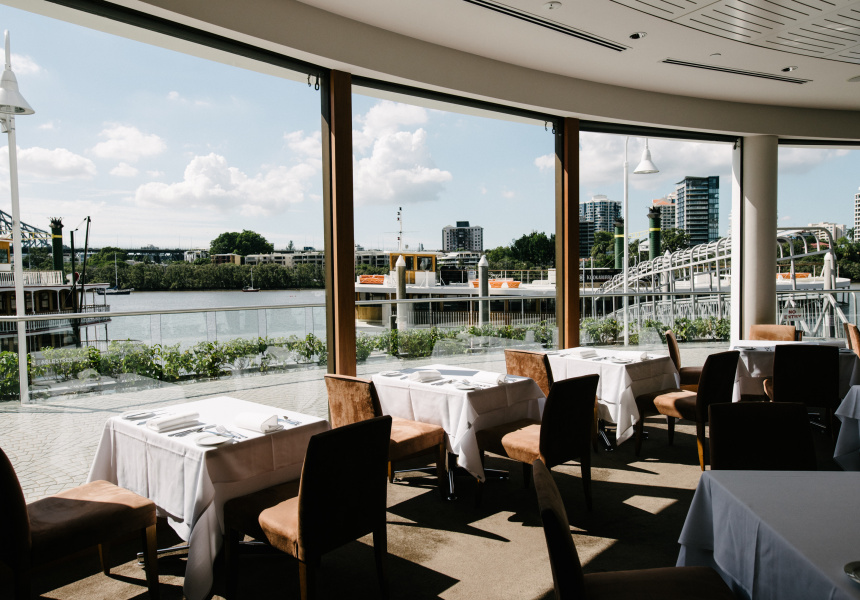 Aria Brisbane is closing. The award-winning fine diner will serve its final guests on June 15, a decade after it first moved into its Eagle Street Pier tenancy. It comes just two years after the restaurant was relaunched following a rebrand and minor renovations.

Co-owners Matt Moran and hospitality group Solotel made the announcement today via a media release. Moran addressed Brisbane staff in person this morning.

“It has been an incredible decade and an absolute honour to be able to work with the best chefs and staff and the finest ingredients that Queensland has to offer,” Moran said in the media release. “I want to thank our staff and also our loyal guests who have embraced Aria as one of the city’s most sought-after dining experiences.

“All good things come to an end and the end of the current lease seems like the perfect time for us to go out on top in Brisbane.”

It’s another blow to Brisbane’s already dwindling collection of fine diners, many of which have fallen victim to the food and drink scene’s squeeze towards the middle of the market. Since the beginning of 2018 Margot, The Survey Co and Esquire have all closed, along with other mid-to-high-end eateries such as Madame Rouge, Nativo and Burnt Ends.

But the move isn’t entirely unexpected. Moran told Broadsheet at the time of the relaunch that Aria’s tenure on the river in Brisbane would be dictated by its lease, and in particular the long-term plans to redevelop Eagle Street Pier. Back then, Moran was talking about five years. Instead, it’s taken just two.

To celebrate the end of its decade-long tenure in Brisbane, Aria is bringing back select dishes from past menus for a 10-course set menu.

The set menu is intended to showcase Aria’s focus on seasonal cuisine and locally sourced produce, cooked with the refined, light touch Moran and long-time head chef Ben Russell have become known for.

Included are dishes such as confit pork belly with apple and vanilla from 2009; goat curd cigar, beetroot and hazelnut from 2011; and toasted rice sorbet with honey from 2015. The tasting menu is available from May 7 until final service on June 15.

Talk of redevelopment on Eagle Street Pier has been ongoing for years. In 2018, the Queensland government gave property developer Dexus the green light to begin feasibility studies for their proposed waterfront precinct.