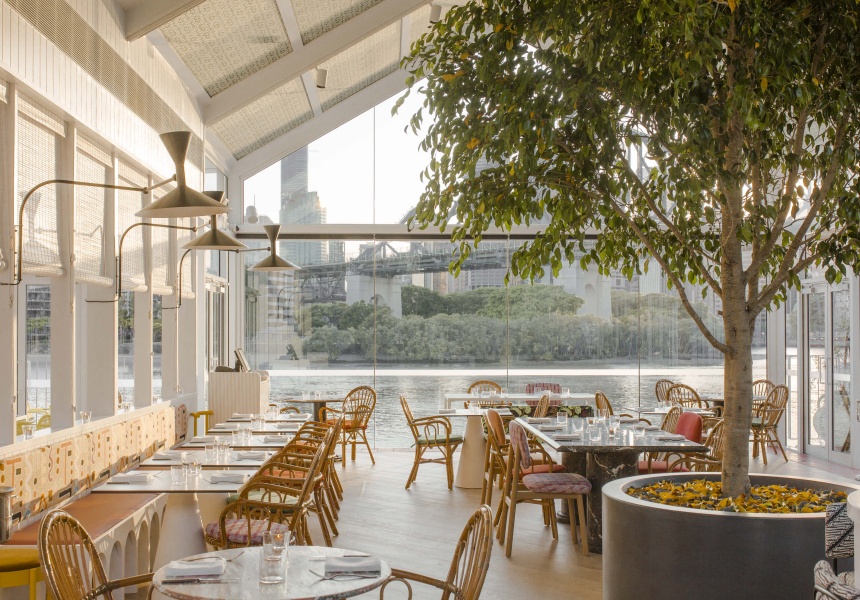 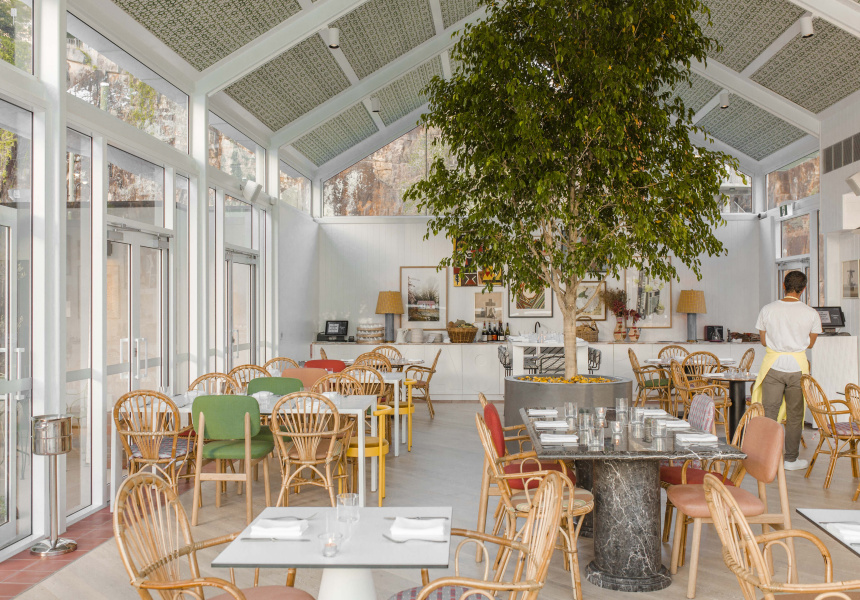 Howard Smith Wharves isn’t finished yet. Not by a long shot.

First came giant brewpub Felons Brewing Co and the octagonal Anna Spiro-designed bar Mr Percival’s. They were followed a week later by Jonathan Barthelmess’s Greca restaurant, which churned through thousands of covers over the festive season.

Now comes Arc Dining and Wine Bar, a 100-seat restaurant and 140-seat wine bar. Once again designed by Spiro, it’s about as eye-poppingly sophisticated as you’d imagine. The restaurant feels more like a bright and airy garden pavilion, full of cane and wrought-iron furniture, the softer furnishings showing off Spiro’s love for colour and luscious prints.

Former Saint Peter head chef Alanna Sapwell has returned home to Queensland to write a menu that aims to engage local suppliers and farmers. Sapwell is also trying to cut down on waste by ordering whole carcasses in some cases, selecting cuts for the restaurant before using the leftovers for the wine bar’s small plates and house-made charcuterie.

It’s not quite fine dining, but Arc has been pitched by Howard Smith Wharves as a more refined experience when compared to the freewheeling Greca and yet-to-open Stanley at the other end of the precinct. “Fine dining can be quite misunderstood,” sommelier Ian Trinkle says. “What is fine dining these days? We have table linen, table service, knowledgeable staff, but ... it’s friendly service. It’s polished service without being pretentious.”

For drinks, Trinkle (formerly of Aria Brisbane, where he won sommelier of the year in the 2018 Wine List of the Year Awards) has put together a list of more than 400 wines. It focuses on lighter European-style wines with a particular lean towards producers that use sustainable, organic and minimal-intervention techniques.