It was a woodfired port in the Covid storm. Now it will bake on in an old Queenslander shop on James Street. 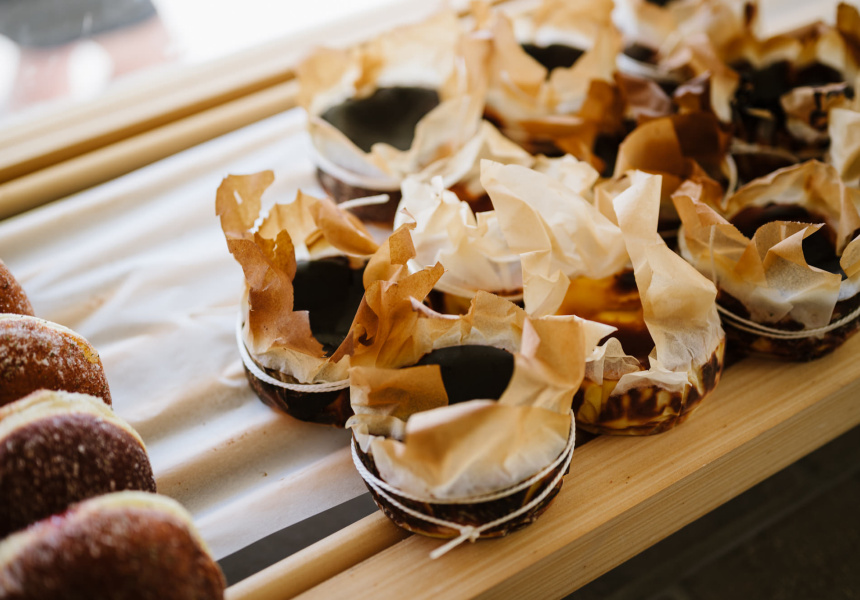 The pandemic put an end to permanence. Friends and families were separated, jobs lost, our lives reshaped weekly.

In the early days of Covid, when the only knowns were unknowns, venues such as Agnes Bakery helped provide structure. If everything felt like it was falling apart, you could at least go stand on the red tape at Agnes Street on one of those beautiful Brisbane autumn mornings, see some different (if familiar) faces and eat some comfort food. Life’s pleasures were measured in small moments like these.

It helped that Agnes itself was on the front line. The March 23 national shutdown of food and drink venues came a week before the restaurant was meant to open. This was celebrated chef Ben Williamson’s first venue as co-owner, and the stakes felt high. Necessity breeds invention, and its transformation into a woodfire bakery punching out sourdoughs and fancy pastries took less than two weeks.

Agnes Bakery is no different. What started as a pop-up to generate cash flow will now bake on after Williamson and co-owners Bianca Marchi, Tyron Simon and Frank Li last week opened a permanent outlet on the corners of James and Harcourt streets.

“Agnes Bakery was almost a symbol of hope for people,” Simon says. “It gave them an excuse – because it was classed as an essential service – to get out of the house. And it was interesting timing, because it certainly saved a new business.

“It’s now a symbol of the new. Hopefully the world is going back to normal, and it’s not temporary. We’re hopefully going back to a reality that’s more reflective of life pre-Agnes … it’s been odd. What’s only been 18 months feels like three years. It’s been a really long period.”

Agnes Bakery is a change of pace both for the group and regular architects Richards & Spence. An old Queenslander corner shop has been given a smart coat of white paint on the outside, and a brick floor inside. Otherwise, it’s a marble counter, a coffee window on the Harcourt Street side, some movable timber bakery shelves, and that’s pretty much it.

The simple treatment means that outside your attention is drawn to the lines of doughnuts, pastries and sweets that fill the window, and inside to the enormous four-tonne, locally made Beech oven, which can bake 24 loaves of bread at a time (up from the four that Agnes restaurant could handle). The oven’s design was overseen by Williamson, who wanted something that could better switch from baking breads overnight to pastries in the morning, and much of the renovation involved reinforcing the building’s supports to cope with its weight.

Agnes’s bakers are preparing an expanded range of items, with five different types of sourdough (seeded, malted, smoked potato, fruit loaf and gluten-free), Basque burnt cheesecake, rotating kouign-amann, a range of danishes (including a savoury number with toum and potato), breakfast rolls (a smoked potato bun with bacon, egg and German relish), chocolate tarts, and cinnamon and jam doughnuts (plus a rotating special doughnut – in the first week it was tiramisu and chocolate).

“Pizzette and more lunch items will come in a few weeks,” Simon says. “Ben just said, ‘We’ll add some items in week one, and then a few more in week two, and then in week three a few more again.’ By week three we’ll have a complete lunch menu of bakery items … there’s not the rush to do everything like there was in a pop-up.”

Running the bakery day-to-day is former Arc Dining pastry chef Kirsty Mundt, another in the long line of talent the group has attracted since beginning its tear of new venues with the opening of Same Same in late 2019 (see also group sommelier Rani Parish, formerly of Embla, and chef Jason Margaritis, who this year took over from Ben Bertei at Same Same). It’s a change from just a few years ago, when you walked into the old Longtime, where it all started, and Simon and Marchi would do everything from greet you at the door to run your food.

“It’s been hard [giving up that control],” Simon says. “But we have faith now that we have staff in place that embody what we stand for. That’s probably been good for staff development, because we don’t have the capacity to micromanage. They’re being asked to manage and it’s really pleasing that they’re embracing their individual roles.

“I went into the bakery at some point and I said hello to everyone, and some of them were looking at me like, ‘Who is this strange person and why are they saying hello?’” he continues, laughing. “Which is actually really nice because Kirsty has built a team for her and they’re there for her. I think it’s really lovely.”