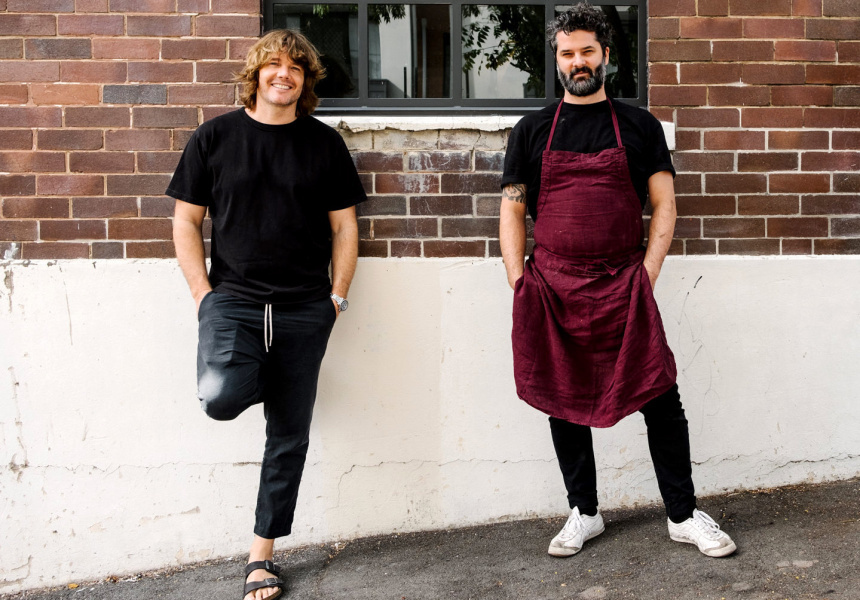 After starting out as an emergency Covid measure in April 2020 – and several lockdown pop-ups since then – Agnes Bakery is finally opening its permanent site this Thursday.

Agnes Restaurant owners Ben Williamson, Tyron Simon, Bianca Marchi and Frank Li have spun their pandemic pivot into its own venue on the corner of James and Harcourt streets, in the former premises of Arc & Family.

The old Queenslander-style store has been given a complete makeover by the group’s regular architects Richards & Spence. But expect something lighter and brighter than the charismatic Agnes restaurant.

“There’ll be wood. There’ll be light creams. And everything will be centred around this beautiful oven,” Simon told Broadsheet in July.

Williamson and his bakers will be working with an enormous four-tonne locally made Beech oven, which has been designed to allow it to easily switch from baking breads overnight to pizzette and pastries in the morning.

There’ll also be the same assembly of sourdoughs, cinnamon doughnuts, kouign-amman and Basque cheesecakes that made the original so popular, plus new menu items as the venue finds its feet.

Otherwise, there’ll be espresso coffee, and that’s about it. Agnes will still be a grab-and-go spot rather than a full-blown cafe operation – somewhere to drop into on the regular rather than linger.

“That’s what we’re trying to achieve with Agnes Bakery,” Simon said. “It’s there for Saturday mornings, it’s there for celebrations. It’s there to just be a part of life.”

Agnes Bakery will open this Thursday at 7am at 85 James Street.