A gun sommelier and front-of-house superstar are taking over Masters Street Coffee at night, slinging 20 wines by the glass and plates of locally sourced cheese and charcuterie. 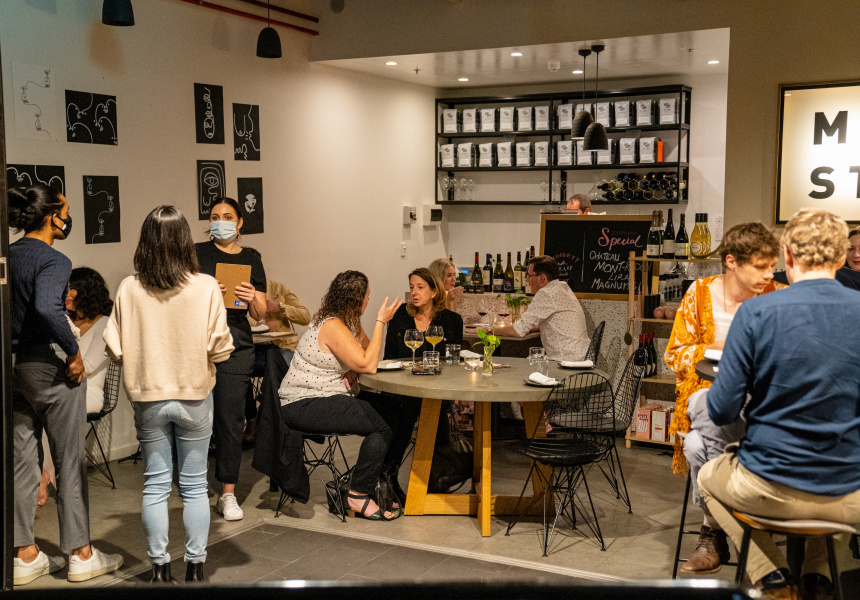 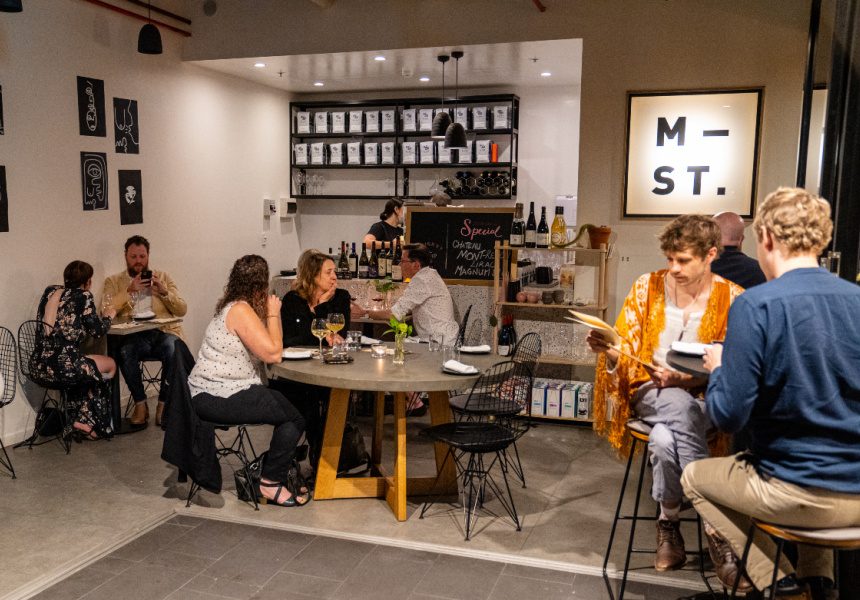 Most cafes operate from early morning to early afternoon, and then close until the next day. But what if you could make use of those empty spaces at night? That’s the idea behind After Dark, a pop-up wine bar concept from two ex-Gauge hospitality pros, Mark Whitaker and Kirstie Petrie.

“Our concept is [based on] using an existing space that’s not utilised in the evening, and being able to go in there and do something wine-related,” says Whitaker, who’s also been sommelier at Carl’s in Newstead. “It’s a model that not many people are doing.”

In September, After Dark launched its first pop-up inside Newstead’s Masters Street Coffee. The bar is set to run until Christmas, but Whitaker says the plan is to extend it indefinitely. In the afternoon, Whitaker and Petrie take over the minimalist space and transform it into a wine bar, adding table decorations, glassware and art from local artists. The space seats just 16, allowing the duo to look after the whole venue themselves.

On offer is a well-compiled list of 20 wines, all available by the glass. It covers crowd-pleasers like California chardonnay, Provence rosé and Adelaide Hills pinot noir, but also ventures into lesser-known varieties and regions, such as jacquere from Savoie, fiano from Campania and gamay from the Beaujolais cru, Brouilly.

“One of my favourite things to do is ask people what they usually drink,” Whitaker says. “[Based on their answer] you can open them up to a new variety or region, and then that person is going to a bottle shop and seeing if they can find [more of it].”

In the future, Whitaker hopes to re-start Grape Sense, a series of wine education classes he’s been running around town over the past few years. The first event at After Dark will be dedicated to Eastern European wines, so expect to see wines from Georgia, Slovenia and Turkey.