It’s tapas, but not as you know it. 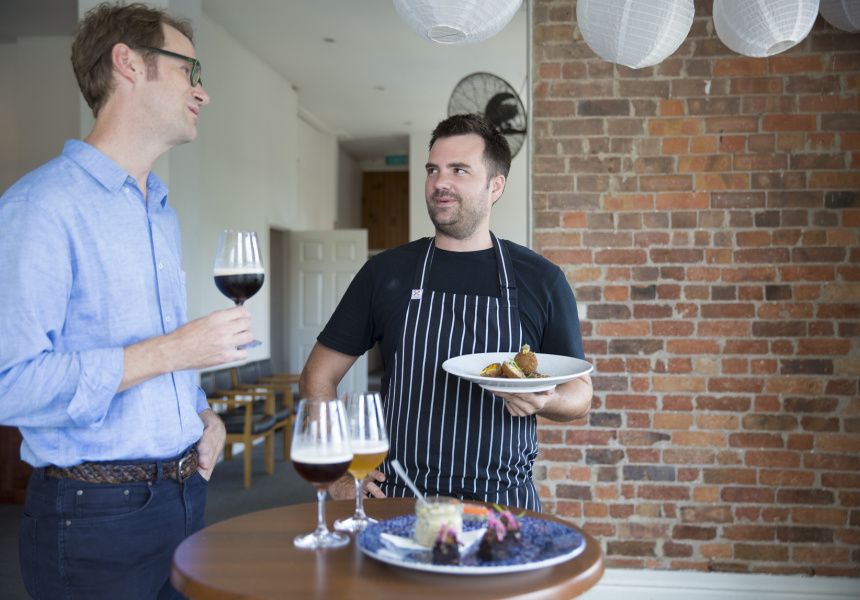 Matt Kirkegaard has been observing a curious phenomenon. Over the past 10 years our meals have gotten smaller, but our beers have gotten bigger. “We’ve really started eating a lot more share plates,” he says. “It’s such a social, fun and entertaining way of eating. But over that same period, we’ve seen beer go from being served in a pot, to a schooner, and now many craft venues prefer pints.”

And there’s no doubt Australia’s taste in beer has been changing. Out are the crisp lagers that for so long defined the local drinking experience. In their place is a slew of pale ales and IPAs, doppelbocks (German), wheat beers and saisons (originally Belgian). Often full-flavoured and packing a higher ABV (alcohol by volume) than their frothy, mass-produced cousins, these beers can be awkward to consume in large pint-sized servings. “It can be inappropriate for the Queensland weather,” Kirkegaard says. “Pints seem to be the modern default, which strikes me as vaguely silly.”

So Kirkegaard, a local beer expert (and a Broadsheet contributor), has come up with a solution: beer tapas. It allows you to eschew the over imbibition of pints and sample a wide range of smaller pours paired with food.

Kirkegaard describes it as a very contemporary menu, a step removed from the “dude food” that’s often peddled at other boutique beer establishments. “That offering is having its moment,” he says, “and it’s relatively easy for a small bar to produce. But dude food tends to be fired or smoked or barbequed. It’s a big flavour and that can undermine the subtlety of the beers we’ve got.”

Even so, Waddell says he had to develop a menu different to what you might pair with wine. “You’re looking at different flavour profiles,” he says. “You can go a bit richer when putting food with beer. And spicier, which I really enjoy.”

The Alliance will run the beer tapas menu from12pm to 2.30pm every Saturday. Once a month Kirkegaard will act as host, explaining the different beers on the menu and the stories behind how they were created. You can of course have the food without the beer, but according to Waddell, that’s no fun. “It works so well and really accentuates some of the dishes,” he says. “When we sat down, started matching and got a hit it was like, ‘Wow! That’s fantastic’. I’d take that over wine.”