A new brewery moves in on XXXX’s home turf. 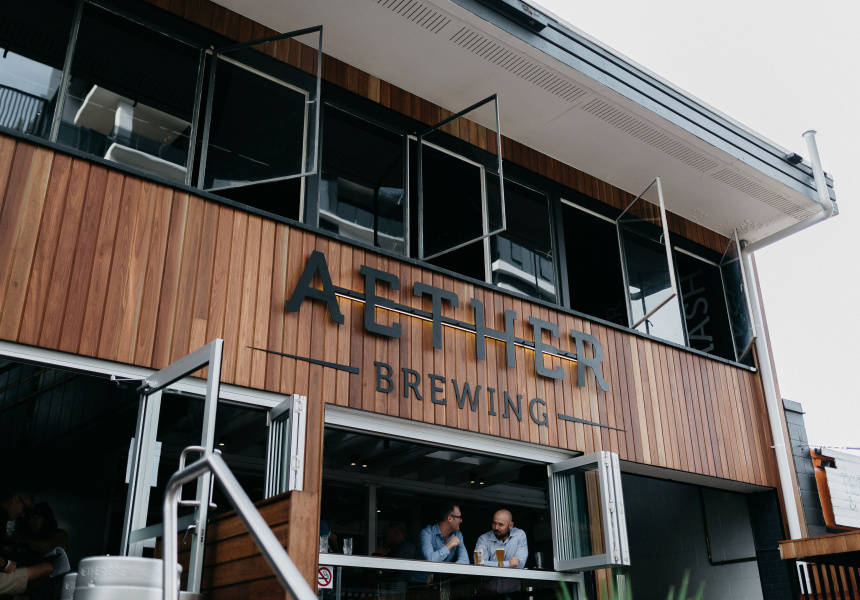 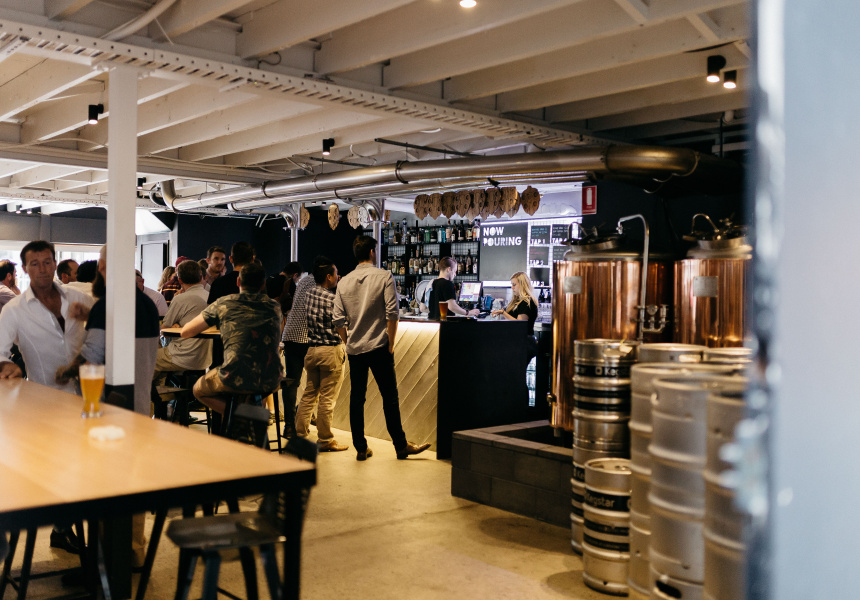 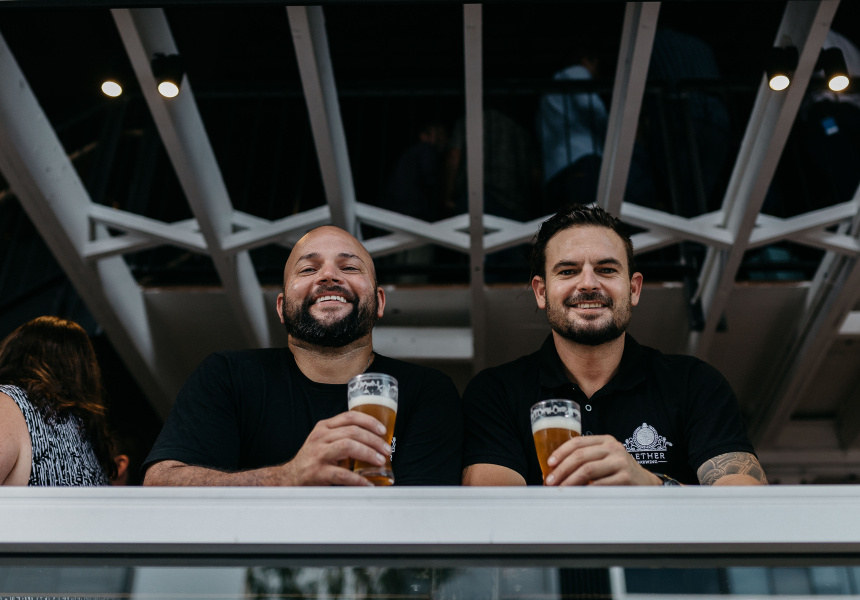 Five years ago, Dave Ward and Jimmy Young worked as fly-in, fly-out oil-and-gas engineers. But one night over drinks, knowing it wasn’t what they wanted forever, they envisioned Aether Brewing. “Jimmy mentioned he always wanted to run a bar,” Ward says. “Me, I wanted nothing more than a brewery!”

Ward and Young bought a small pilot plant in Ashgrove (which they refer to as “The Lab”) and worked on creating and perfecting their brews. Earlier this month the duo opened its brewpub on Railway Terrace, a block across from the towering edifice of the iconic XXXX Brewery, and close to where Newstead Brewing will open a second venue early next year. With the three breweries in such close proximity to one another – and The Scratch Bar around the corner on Park Road – Milton is once again Brisbane’s beer central.

Aether’s two-storey premises consist of bars, a restaurant space, a fully operational brewing set-up, and around 100 square metres of event space. The interior is industrial, black and white, broken up by metal, copper and wooden features.

There are currently five house-brewed beers on tap, including the crowd-favourite, Oatmeal Porter (North Queensland vanilla beans are soaked in a rum blend for five months before the fermentation process starts), along with a few guest taps from other small breweries that Ward and Young are fond of.

The food menu revolves around tasting plates, wings, burgers, pizzas and salads, the biggest hit so far is the Korean fried chicken burger. “We have really tried to pair the food with the different beers,” Ward says. “And if you do come in and you’re looking at a beer and ask what’s best with it, our crew will be able to point you in the right direction.”