As the suburb transforms, so are some of its best operators. 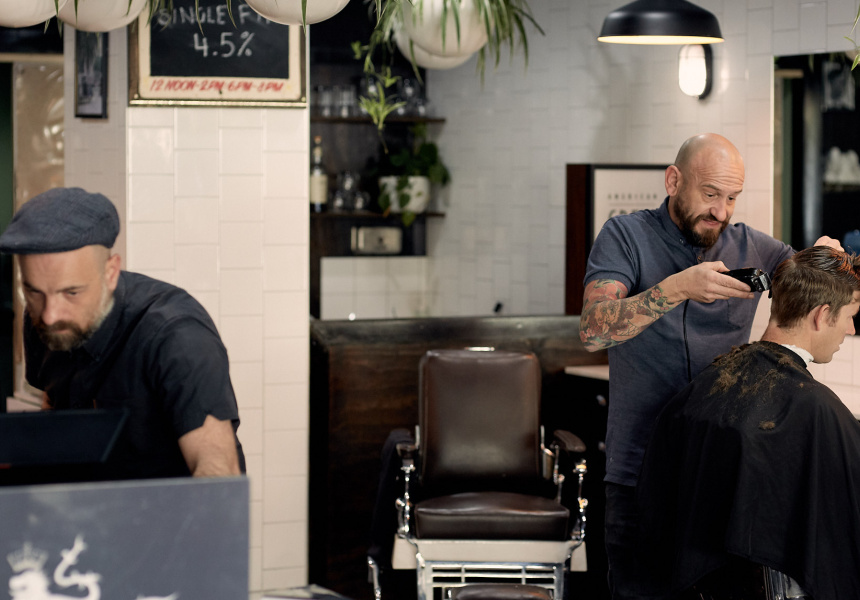 Milton is changing. Mark Rabone has been watching it change.

When Rabone first opened Esquire Male Grooming in 2004 in a small tenancy on the corners of Park Road and Douglas Street, it was a suburb still so busy living in the past it wasn’t all that concerned with the future.

“I think Park Road had been resting on its laurels for a long time,” Rabone says. “People told me how it was the spot to be during Expo 88; when I opened nothing much had changed. But there was space for a barbershop. There were a lot of offices, a lot of construction and engineering firms, all very present here.”

Rabone’s business soon took off. It helped that he was one of the city’s first full-service barbers, bringing to bear years of working in top-flight shops in Birmingham and Melbourne. “In the UK I worked a barbershop inside Rackhams, a high-end department store. They offered drinks and bookings – that full service experience,” he says. “I wanted to bring that to Brisbane.”

Milton in 2017 is a very different place. Rabone first noticed it during the Global Financial Crisis: some businesses closed, others moved, attracted by newer developments and cheaper rents elsewhere. In subsequent years, two enormous residential towers – The Milton and Westmark Apartments – were built, bringing in thousands of new locals.

The suburb has since completed an almighty pivot away from Park Road. Aether Brewing, Two Wheels & a Handlebar and Bunker have all opened on Railway Terrace, Bessa has shifted into The Link on Little Cribb Street, with Cribb Street Social opening soon also. The few venues of note remaining on Park Road – say, The Scratch, or Fromage the Cow – crowd down towards the intersection with Railway Terrace.

Rabone says he saw the writing on the wall at Christmas last year and, after opening a CBD outlet in Tattersall’s Arcade, turned his attention to finding a new Milton home for Esquire. The result is a smart new shop on Cribb Street, which opened late last month. “It’s been great. Foot traffic is better, I’m getting more locals,” he says. “We’ve got a lot of old regulars who travel to Milton these days. For them, the parking is much better.”

The shop itself is crisply fitted out in white tiles, darker than dark wood and stone countertops. The barber chairs are all authentic Takara Belmonts and porcelain-based Rayners. Exposed beams come festooned with planter pots supplied by Rabone’s wife, Joyce Campbell of Campbell & Bradley Flowers. Pride of place is a Kegerator pouring draft beer from Aether Brewing.

“I like to think we’ll be a centre of the new community. That’s traditionally the role of a barbershop,” Rabone says. “The suburb’s completely changing, and we want to be part of that new Milton.” 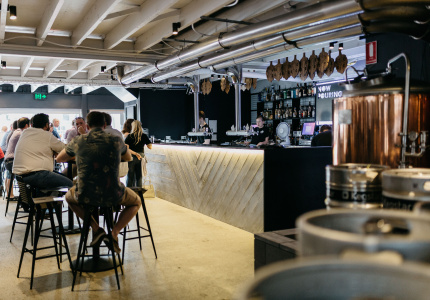 Nimble Activewear Has Opened Its First Queensland Store, so You Can Shop Its Sustainably Made Bike Shorts IRL