For Jaye Edwards, time is precious.

Half a decade ago, in relatively quick succession, he lost his father and a sister to motor neurone disease. Edwards has inherited the same gene, meaning he too is at risk of falling ill. For the 30-year-old owner of Edwards and Co salons, it’s a constant reminder to make things count.

“When my dad and sister started getting sick I said, ‘Okay, whatever you leave behind needs to be remembered,’” Edwards says. “I’m not sure why I feel like that, but that’s what made me see things differently and try to stand out rather than blend in.”

Edwards is making good on that pledge. On May 5 he opened a brand new 40-chair Edwards and Co in Fortitude Valley’s ritzy Ada Lane – it’s his eighth salon after outlets in Sydney, Melbourne, the Gold Coast, Byron Bay and a two-seater at W Brisbane. Not bad for a rural New South Wales kid who moved to Sydney in 2006 with few ideas about what to do with his life.

By 2020 it’s perhaps better to describe Edwards and Co as a phenomenon than a salon, its popularity built on an approachable, Australian style of grandeur.

“Our spaces are designed to be beautiful and not feel too much like a hair salon,” Edwards says. “Every touchpoint along the way ... you feel that sense of wow. The space is so big. You’re seated at a table, not a mirror, when you get your coffee served. All that is what makes our experience different to other salons.”

Edwards and Co Fortitude Valley is a lavish expression of the brand’s aesthetic. Designed by Amanda Jarvis, the enormous 350-square-metre space (it’s Edwards and Co’s largest yet) reflects the casual luxury of the Calile Hotel opposite with terrazzo floors, enormous concrete and timber walls, and beautiful circular mirrors. A loft area adds to the sense of space, with Brian Connolly’s looping artwork giving the shop a dash of levity. It’s the first time Edwards hasn’t designed one of his salons himself.

“I had been terrified of it in the past, and not using [an interior designer] was a way of controlling the cost of the fit-out,” he says. “The end result is so much more polished.”

In terms of services, it’s the typically thorough Edwards and Co mix of hair, make-up, extensions, wedding packages and so on. But the Ada Lane salon has also introduced the brand’s first barber service, which Edwards intends to roll out to other locations.

As for Covid-19, Edwards describes it as a “massive disruption” that saw him scrap the new salon’s mid-March opening date, which had already been pushed back from October. He kept his other salons closed for much of April, too.

“But during that closure we really pushed online sales and increased those by 700 per cent,” he says. “Was it a shitty time? Absolutely. But it gave us an opportunity to push another part of our business that I didn’t know we could.” 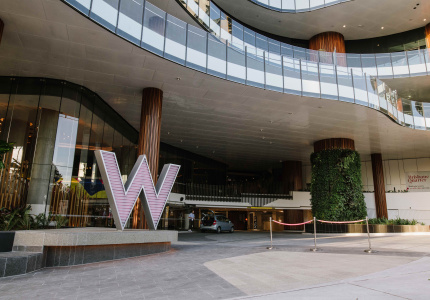 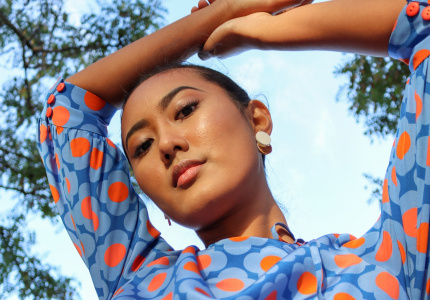