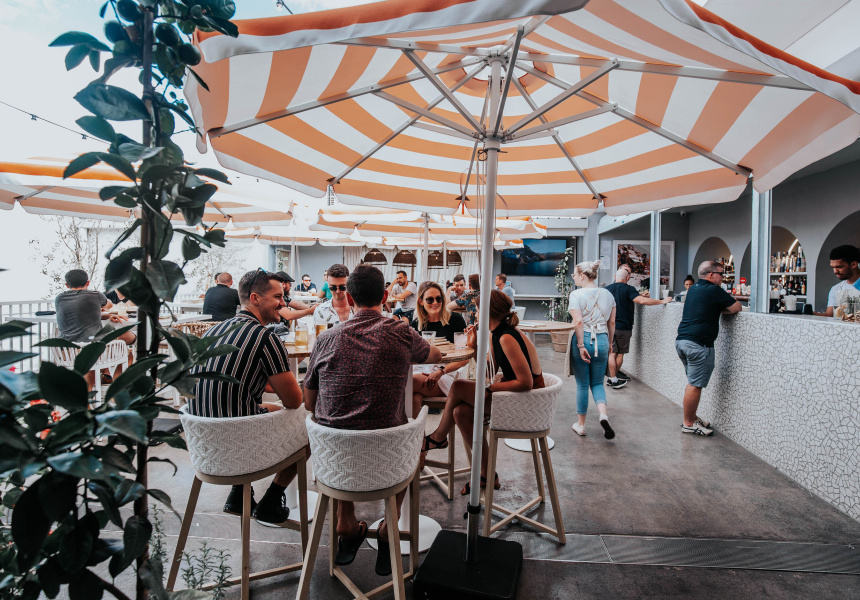 The Amalfi Coast, but in Everton Park. That was Tim Johnson’s ambition for Tetto Rooftop Bar. He was inspired by several trips to the Italian coast and the Greek Islands, and wanted to bring that to the northern suburbs. Tetto nails that brief.

The Retail Designers-designed space is a 120-seat looker with Mediterranean arches, white stucco walls, orange and coral fabrics, and plenty of greenery scattered about its first-floor rooftop space.

For drinks, Tetto has a breezy menu that focuses on spritzes and approachable built cocktails. Twelve taps are dominated by craft beers such as Balter XPA and Stone & Wood Pacific Ale but also include a Union Hill cider and a Days of Rosé rosé.

Food is a slick selection of bar snacks such as bolognese arancini, house-made meatballs, as well as a handful of mains – Peroni-battered fish and chips, say, or chicken cotoletta – that are available until 5pm.