It's been a busy few months for the Lune team. The first Brisbane outpost of the world-famous Melbourne croissanterie only opened in August; then earlier this month a new, non-pastry wine bar was announced next door. Now one of its signature Melbourne experiences is landing in Brissie, too.

Lune Lab is an exclusive degustation of three croissant-driven courses, but these aren't your usual pastries. There'll be a traditional croissant followed by an experimental savoury course and finished with dessert – both of which aren't available on the regular menu.

Only eight diners can experience it at a time, perched at a high concrete counter overlooking the Cube, a gleaming temperature-controlled glass box adorned with futuristic LED lights where the pastry chefs work their magic. You'll also get the rare chance to chat to them about the unique baking process.

Unlimited non-alcoholic drinks like coffee are included, with the option to add a glass of champagne to your meal. Menus change every two months to allow for continued experimentation and creativity with the seasons.

Seatings last 90 minutes, with two every Friday, Saturday and Sunday at 9.30am and 12pm.

In Melbourne, tickets sell out faster than the croissants do on a Sunday morning, and this'll most likely be no different. Tickets are $75 per head and go on sale tonight, Thursday October 28, at 7.30pm. 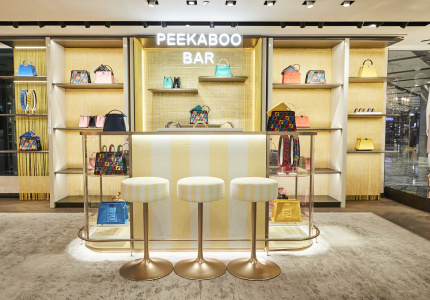