What to See at Supercell: Festival of Contemporary Dance

A new dance festival presents a program of high-calibre national and international performances. 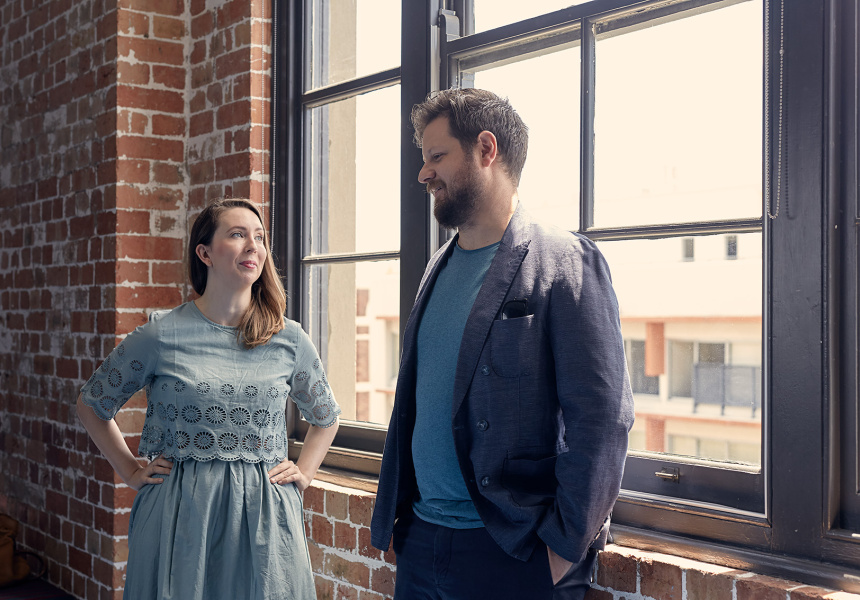 Does it feel like this summer has been lacking in storms? The humidity turns the air to swamp. The clouds gather over the late afternoon landscape. And then … nothing.

Links between the weather and dance can be drawn in all kinds of ways, but the idea of the Supercell Festival of Contemporary Dance at the Judith Wright Centre of Contemporary Arts comes from one specific source: a supercell storm. A convergence of factors, a collision of rotating updrafts that creates something bigger than the sum of its parts.

Supercell festival co-curators Kate Usher and Glyn Roberts have created a program of diverse contemporary dance performance to shake up the heavy atmosphere of February in Brisbane. The festival has attracted international performers from Europe and Asia, as well as the top Australian and local dance talent. The inaugural festival, beginning this week, will be a chance for choreographers, dancers and audiences to come together to be immersed in contemporary dance.

Whether you’re interested in one performance or getting deep into the whole week-long program, Supercell aims to move and delight audiences, and challenge Brisbane’s preconceptions of contemporary dance. We asked Roberts to recommend five can’t-miss events that epitomise what this new festival is all about.

(To) Come and See
“My major highlight of the festival is (To) Come and See, by a Swiss-based group. The central artist is an amazing choreographer and artistic director named Simone Truong. We became friends with her at a conference a couple of years ago, and this work brings together five female performers from Switzerland, France, Greece and Israel. The show is a really fascinating, slow, meditative look at the feminine physical form and identity. It’s an exciting and different work; I don’t think Brisbane audiences will have experienced anything like this from artists of this level. They really want to take the audience on a journey and push the boundaries of contemporary dance.”

Passing
“You may have heard of Amrita Hepi when she was up here doing her extremely popular Justin Beiber and Beyonce dance classes. She comes from a strong hip-hop background. But she created this work for the last Next Wave festival with Jahra Wasasala – also a performance artist from a highly trained contemporary-dance background. These two amazing women came together to make this work. Passing explores the colonised body, and what it means to be an Indigenous woman in this day and age (Jahra Wasasala is of Pacific Island background and grew up in New Zealand, and Amrita Hepi is descended from the Ngapuhi tribe in northern New Zealand and the Bundjalung people in northern New South Wales) through profound dance and performance art.”

Depthless
“For dance from South East Queensland you really can’t go past The Farm, which is the Gold Coast’s first professional performance company. Run by the amazing Gavin Webber and Grayson Millwood among other artists, they make incredible works. Depthless has been created by Gavin’s partner, Kate Harman. It’s essentially a solo work, but I’d also call it a duet because the music is being composed by Ben Ely from Regurgitator. He’s performing live on stage; it’s a dialogue between the dancer and the musician. The show is surprisingly romantic in a strange way, and also extremely loud. It’s the first work by The Farm that Webber and Millwood aren’t involved in, which is an exciting development as well.”

Pearl River Delta Dance
“I couldn’t possibly not talk about the Pearl River Delta Dance showcase. We started a relationship with the Guangdong Modern Dance Company a little while ago now and now they’re putting on a night of incredible works showcasing some of the best artists from that area. Guangdong is a province in Southern China, formerly Canton, neighbouring Macau and Hong Kong. The main piece is an excerpt from a work by Guangdong Modern Dance Company, but there’s also a very comical and experimental work from Max Dance Hall and Stella & Artists, both from Macau. Then there are artists within them from Malaysia and the Philippines, so this show will feature a lot of artists from all over Southeast Asia and show off the diversity of talent across this area that’s such a close neighbour of ours.”

INDEX Program
“My fifth one is cheating a little bit. I want to talk about the INDEX program, which is essentially four separate shows. Lo/ This Change of Heart, And Juliet, Unconsciously Done and Playroom are all created and performed by Brisbane emerging contemporary dance artists. The program has been put together by Emma Wilson and Luke Jaaniste and runs from the Thursday through the Saturday of the festival. I want to encourage people to come and see an INDEX performance throughout the week because you’ll get to see the next crop of contemporary dance stars that are born, bred or working in Brisbane.”

Supercell runs from February 18 to 25 at the Judith Wright Centre of Contemporary Arts.