What to See at Brisbane Festival 2017

Twenty-two days. More than 500 performances. Here’s what to check out. 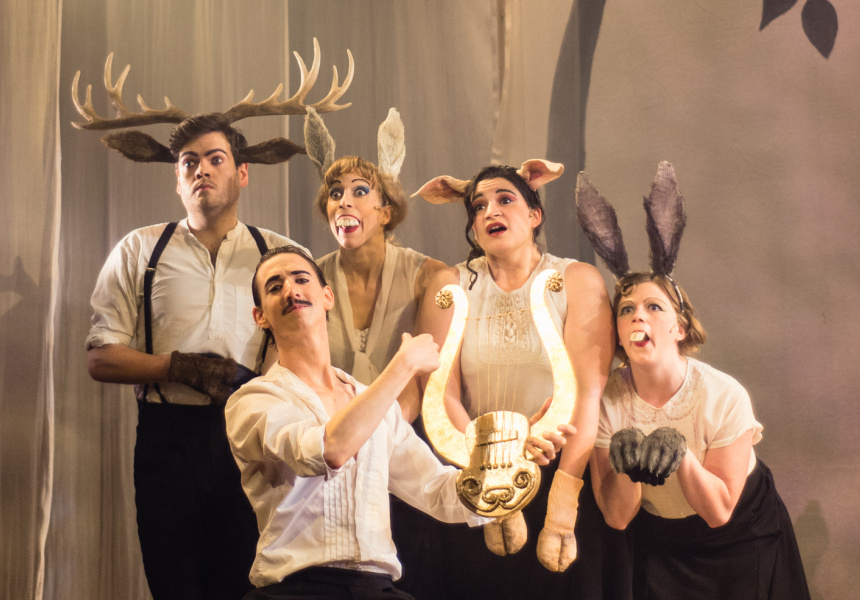 Brisbane Festival is back in 2017 with another huge program. This year, the festival will deliver more than 500 different performances across 22 action-packed days.

In his third year as artistic director of the festival, David Berthold loves how the festival brings out the daring side of people. “People are pretty adventurous around festival time,” Berthold says. “Because they know they are going to see things they don’t normally see.”

With a line-up stacked full of talent, Berthold encourages people to make the most out of the festival and go to more than one performance. “It’s a pretty intense 22 days,” he says. “To have a real festival experience, I reckon you need to see five or six [shows].”

Don’t know what shows to see? Berthold has given Broadsheet some tips for this year’s festival.

Orpheus
The Tivoli, September 12 to16
“I’m really looking forward to Orpheus. When The Tivoli got turned into a music venue, it was actually modelled on a pretty famous cabaret venue in Paris. This show, Orpheus, is set in a Parisian cabaret, so it’s kind of a perfect fit and I was keen on having a show that totally fitted the look and feel of The Tivoli. There will also be a lot of French food, French wine and French waiters, so it will all be a very immersive experience.”

Goblin Play Suspiria
The Tivoli, September 22
“There’s an Italian horror film being screened [at The Tivoli] called Suspiria, from the 1970s. And the soundtrack for that is pretty famous, by Italian prog-rock band, Goblin. Goblin are coming over from Italy to play the score for the film, live. That’s absolutely a music event, but it will also be a celebration of this very influential horror film, which will [make for] a pretty special night.”

Per Te
QPAC, September 9 to 16
“Per Te is one of the shows that kicks off the festival. It comes from Switzerland and it’s a really beautiful, moving theatre circus show. Some of the acrobats are wearing 30 kilograms of medieval armour, so it’s pretty special. And there’s some great music in there, too.”

Under Siege
QPAC, September 27 to 30
“There’s a big show from China, called Under Siege, which is based on an ancient battle in Chinese history. It’s spectacular; one of the biggest shows we have ever brought to the festival. The performers come from dance, martial arts and hip-hop backgrounds, and everything else in-between.”

Fun House
South Bank Piazza, September 7 to 24
“This show actually doesn’t exist yet – it’s being made as we speak – so it will be a premiere. It’s from the same guys who made LIMBO and Blanc de Blanc, so it will be a pretty special event.”

Terror
QPAC, September 19 to 23
“This is a courtroom drama with the twist that the audience get to be the jury and vote on what’s happening in front of them. The story of that trial is pretty amazing – a fighter pilot put in an impossible situation. That show is coming direct from London and it’s been a huge hit there.”

Broadsheet is a proud media partner of Brisbane Festival