In a career spanning 50 years he’s subverted all that is tasteful and decent. Ahead of his Australian speaking tour, Make Trouble, which he calls a “self-help show for lunatics”, Waters confronts the world that’s caught up with him. 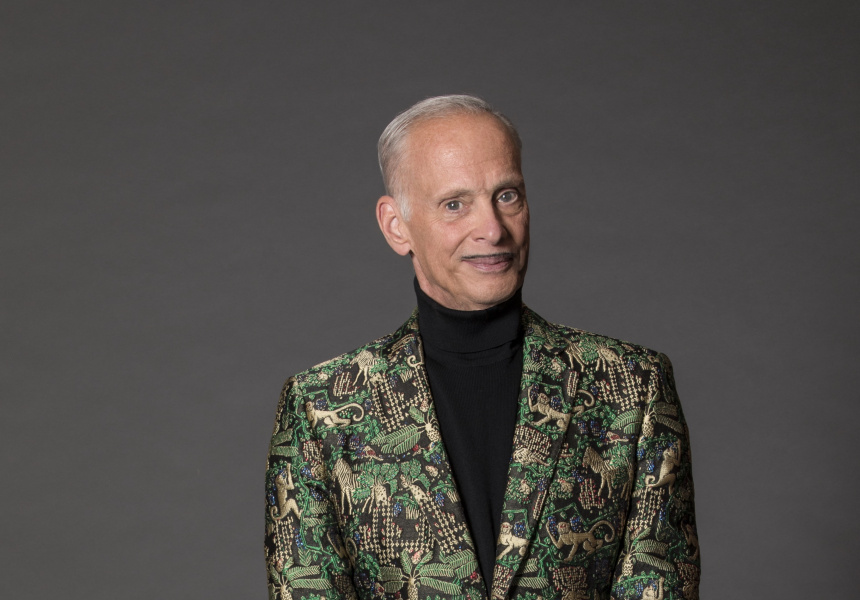 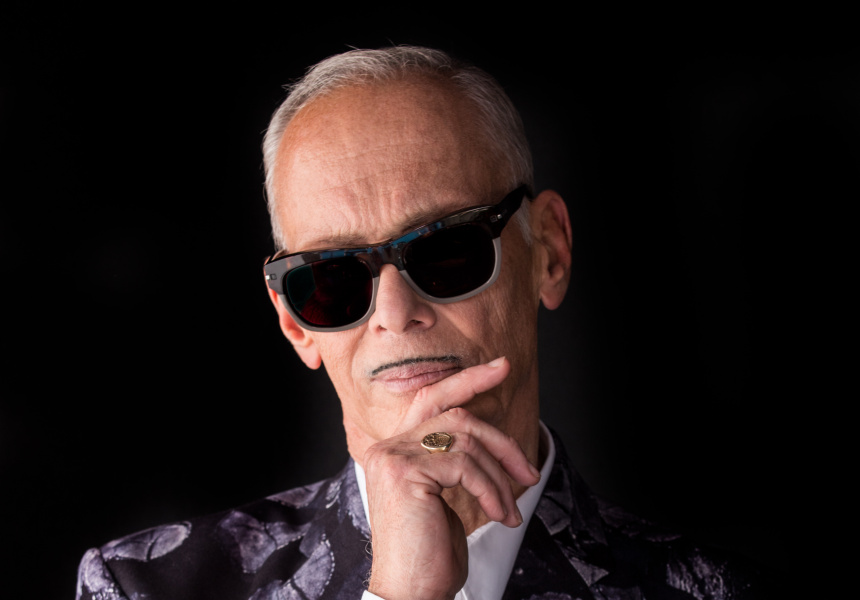 He’s been described as a “filth elder”, “the people’s pervert”, and “the Pope of trash”, and it’s hard to know if these names originated from the press or from the man himself. But at some point in the long career of the college expellee, director of banned B-movies and pusher of lowbrow art, John Waters became respectable.

What do you do with this newfound acceptance? If you’re Waters, you embark on a speaking tour urging others to make the sort of trouble you used to.

“It’s a self-help show for lunatics,” Waters tells me over the phone from his home in Baltimore. “And I mean that in the best sense.”

The show came out of a graduation speech Waters gave at the Rhode Island School of Design in 2015. The speech went viral. It’s easily distilled into one powerful quote of which all youth should take heed: “Today may be the end of your juvenile delinquency, but it should also be the first day of your new adult disobedience.“

But Waters is keen to point out he’s not just giving advice to the young.

“It’s for old people too,” he says, reminding me that in his new book he recommends LSD for the elderly. “I’m not telling young people to do that,” he says. “I don’t think they’re equipped. Young people microdose these days. They’re cowards.”

Waters’s work spans more than 50 years of films, books and music, and started in the tradition of counter-cultural American humorists of the ’60s and ’70s, developing a reputation for pushing the limits of the socially acceptable. His early films – such as the absurd and grotesque Multiple Maniacs; Pink Flamingos, which was banned in Australia but eventually released on VHS with an X rating; and the subversively satirical Female Trouble – are grimy, camp and unsettling, hardwired to shock a conservative ’70s mindset.

“It was a different time then,” says Waters. “All the major critics were very conservative. Their negative reviews were hilarious, and we could use them as ads. That would never happen today.”

Much of Multiple Maniacs, about a kind of low-rent freak show, is pretty vanilla by today’s standards – two men kissing is an entirely normal sight, a man passionately sniffing a bicycle seat is merely quirky, and drag queens are the focus of a hugely popular reality show.

“I get lifetime achievement awards and retrospectives now,” Waters says. “It’s great. If you last longer than the critics then they start praising you. What used to be undergrad humour, or what the reviews called ‘sick, sick, sick’ humour, today it’s just American humour. I think Australians are similar. We can laugh at ourselves. As long as we do it first.”

In 2019, plenty of Waters’s shocking visions from that time seem merely like calls for acceptance. He wants to show you what you’re scared of and encourage you to see the funny side. Waters has helped rebuild the world to his own taste.

“My books, my films, everything in a way, are asking you to change your mind,” he says. “To not judge other people, and to come into my world. At least investigate. I’ll be your guide.”

But it’s not all cosy, comfortable guided tours. Some of his old work still has the capacity to shock. The faint of heart should avoid the notorious chicken scene in Pink Flamingos, a film a 1973 Variety review called “one of the most vile, stupid and repulsive films ever made” (it was initially banned in Australia and Switzerland; and in select provinces in Canada and Norway).

His later films, such as 1988’s Hairspray (which became a Broadway musical and a 2007 film of the same name) and 1990’s Cry Baby, were still gently subversive, but far more slick and commercial.

But bad taste, Waters’s old stock-in-trade, is now a mainstay of our culture, permeating almost everything. And he makes a clear distinction between good-bad taste – the kind of campy, shocking filth he puts in his movies – and bad-bad taste, which is merely ugly. Trump is bad-bad taste.

“Nothing he ever does is funny,” says Waters. “Even how he decorates. It’s like bad Jeff Koons. We seem to be run by fascists with bad haircuts.”

While ageing progressives often become more conservative in their old age, 73-year-old Waters is still on the liberal end of most debates. In Mr Know-It-All, he provides a few key political perspectives. On transgenderism: “There’s no such thing as boys or girls anymore. Get used to it.” On the drug amyl, or poppers: “We need popper education in schools, because kids need to know how to use them.”

And from our conversation, all-gender bathrooms. “Why are we debating this, when there are school shootings? Shit where you walk, I don’t care,” he tells me. “My politics is ‘mind your own business’. If someone wants to be a woman or a man, or have a say in where they want to defecate, let them. If you don’t want to use one of those bathrooms, don’t go. You’ll have to wet your pants.”

“I don’t think I’ve changed that much,” says Waters. “I’ve just made bad taste respectable. What I say in the book and the show is plenty of crazy stuff. I don’t think I’ve calmed down.” The show, Make Trouble, falls somewhere between sage lecture and stand-up comedy routine. Mostly, it’s Waters taking you into his sordid world, and imploring you to carry on the good work of upsetting the status quo.

Even at his age, Waters is trying to push things forward, but what I really want to know is if he’d ever go back and make more movies. Like those early grimy no-budget assaults on decency such as Pink Flamingos. On that, he’s clear.

“I can’t be an anarchist at 73,” he says. “I own three homes! I’m not that underground rebel anymore.”

On that, I think he’s selling himself short.