A $150-million, 1500-seat auditorium wrapped in a vertiginous glass facade – it’s a jaw-dropper. 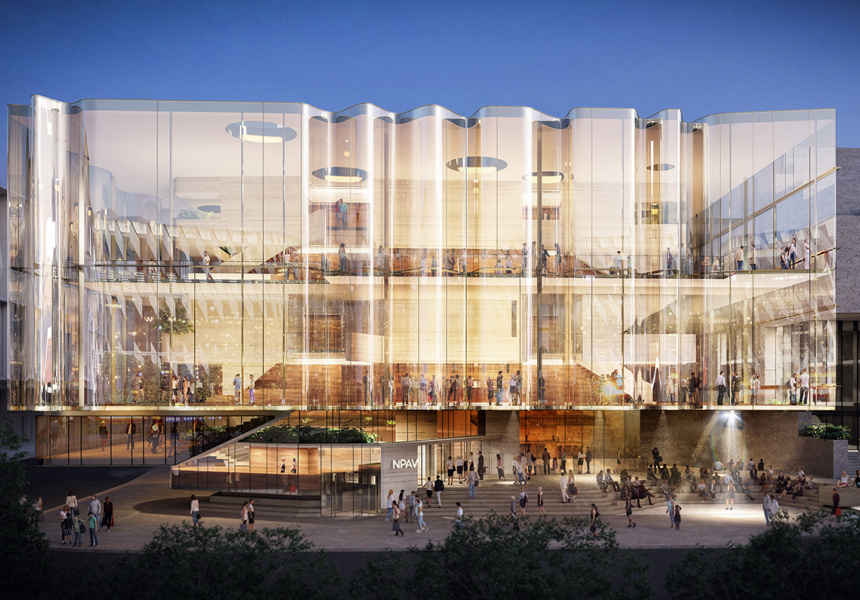 The Queensland Government has unveiled designs for its new QPAC theatre, due to open in 2022. And if the final product is anything like what’s been conceived by local architects Blight Rayner and Norwegian design firm Snøhetta, it’ll be a stunner.

The standout feature is a vertiginous glass facade that opens up the theatre’s multi-level foyer to views of Russell Street, South Bank and the river beyond. Inside, there’ll be a single-balcony 1500-seat auditorium and two new studio spaces. The jaw-dropping design is intended to be an evolution of late architect Robin Gibson’s work on the existing Queensland Performing Arts Centre.

The new theatre would take over the site of the Playhouse Green and is estimated to cost $150 million, with $125 million coming from state coffers. That makes it the largest investment in Queensland arts since the development of the Gallery of Modern Art in the mid-2000s. The pay-off would be an additional 260 performances and 300,000 bums on seats each year, building on QPAC’s already rapidly growing visitor numbers.

The government’s plans for the new theatre have not been without controversy, after its mid-2018 announcement was blamed for the demise of Foundation Theatres’ proposal for a 2000-seat venue at Queen’s Wharf. That development would have cost taxpayers a relatively modest $25 million.

Local economics commentator Gene Tunny wrote at the time that it was “difficult to understand the logic behind the government’s $150 million investment in a new theatre at QPAC”, labelling it “another good example of government activity crowding out private sector activity”.