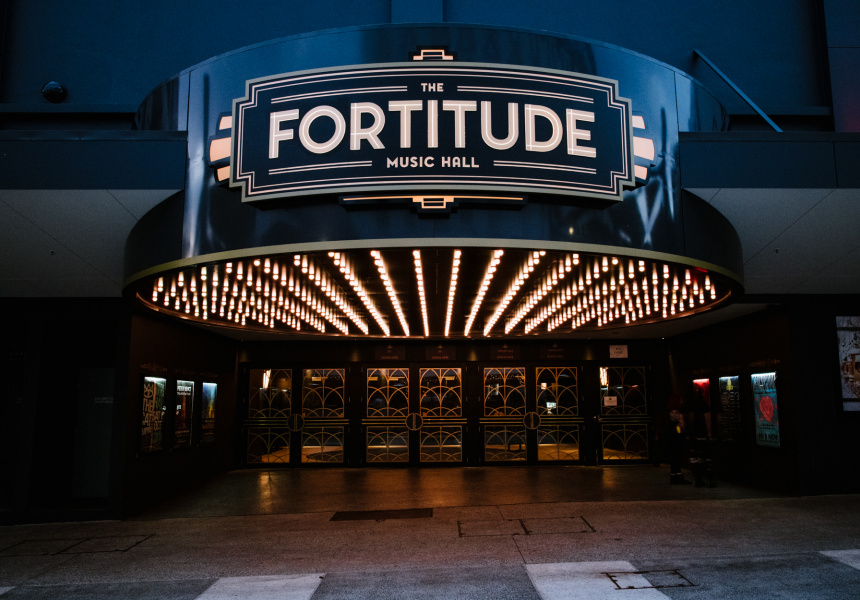 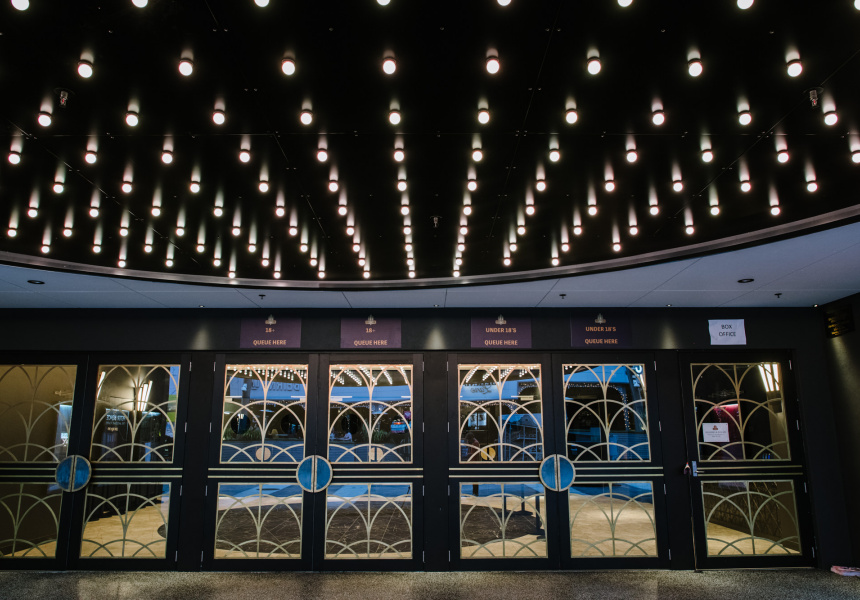 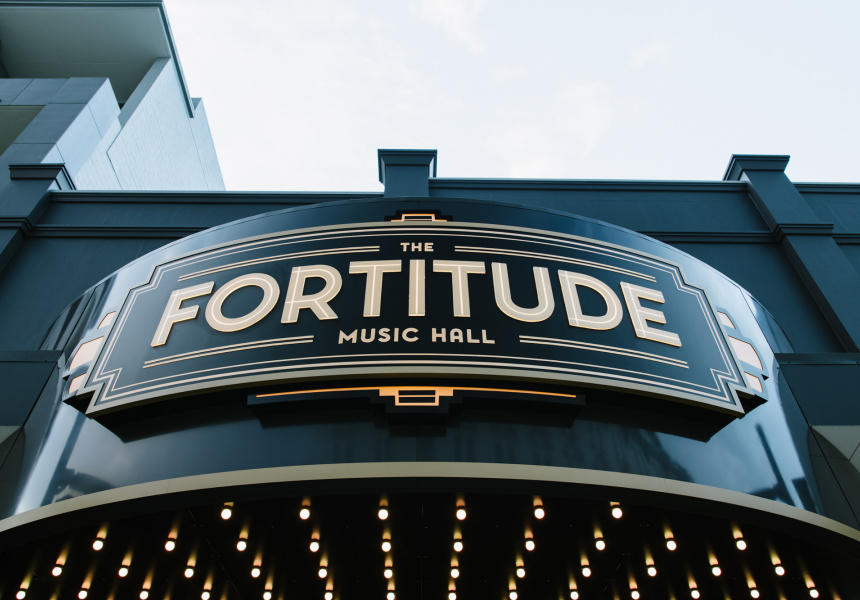 Finally, it has arrived. Three years in the making, The Fortitude Musical Hall opened for the first time on Friday night. The 3000-person-capacity venue gives Brisbane a legitimate claim on having Australia’s best live-music venue, right in the heart of what’s generally acknowledged as the country’s best live-music precinct. It’s the first time a dedicated music performance space of this size and type has existed in central Brisbane since the closure of Festival Hall in the CBD in 2003.

The Fortitude Music Hall is the concept of Hutchinson Builders chairman Scott Hutchinson, former Powderfinger bassist John “JC” Collins and Splendour in the Grass promoter Paul Piticco. “I feel very blessed to be given the opportunity by my partners to design and construct this wonderful building,” Collins says. “Thanks to Scott for putting his wallet where his mouth is.”

And the price tag was steep. Investing $43 million in the project, Hutchinson has stuck his neck out to create a magnificent venue. It references Brisbane’s strong history of art deco architecture but offsets the opulence with clever, thoughtful design. A grand box-office area flows into a large foyer that features a long bar illuminated by white crystal lighting. “As much as it’s about music [the venue might also host] a gala event, a dinner, a show, a comedy, a forum event, a podcast – we want the place to be used for a variety of purposes,” Piticco says. “We tried to make a grand foyer fit for all occasions.”

Beyond the foyer is the main auditorium, which is being billed as the largest ballroom-theatre-styled space in Australia. Retractable curtains allow a second level to be blocked off, creating more intimate 1800-person shows on the main floor. There’s also a pair of giant chandeliers that can be lowered or raised, depending on the event. Upstairs on the mezzanine, sections have been tiered to create multiple sightlines, allowing punters to see the stage from any aspect.

At the back is a second venue called the Outpost, which fits 300 people and pays tribute to the Ann Street venue where Collins played his first gig at the age of 16. “For a lot of young musicians and bands in the city, this may be the first place they play,” Piticco says. “It gives them something to aspire to. They become part of the culture of the venue and hopefully years later fill the main room.”

There are five bars scattered throughout the venue with a surprisingly classy drinks list – where else can you drink one of New Zealand’s most revered pinot noirs, Felton Road, while watching your favourite band crank it out? There are plenty of other top drops, as well as an extensive list of gins, whiskies and craft beer. The award-winning Wine & Dine’m Catering is the in-house caterer for corporate and consumer events.

Still, you’re here for the music – and Fortitude Music Hall’s upcoming bill is an eclectic crop, featuring an array of genres from rock to dance to classical to metal and everything in between. Tickets seem to be selling out fast, so it’s worth keeping a close eye on what’s coming up. 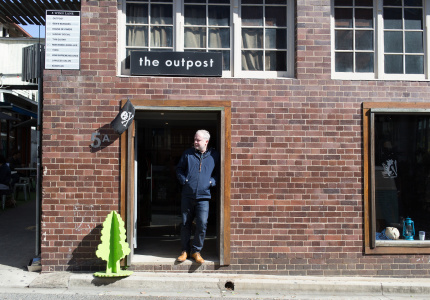