Large-scale arts events in Brisbane are blooming. In partnership with Tourism and Events Queensland, we highlight a selection worth visiting before the year is through. 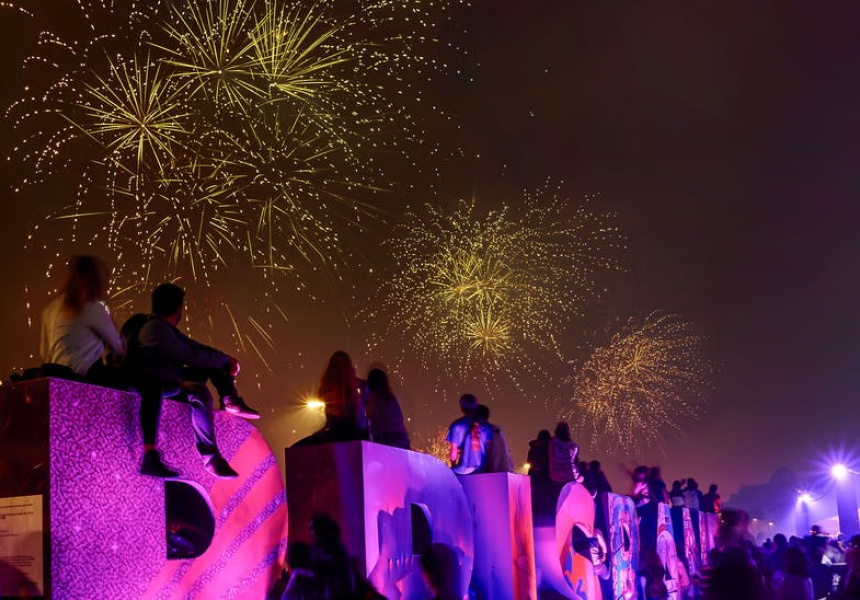 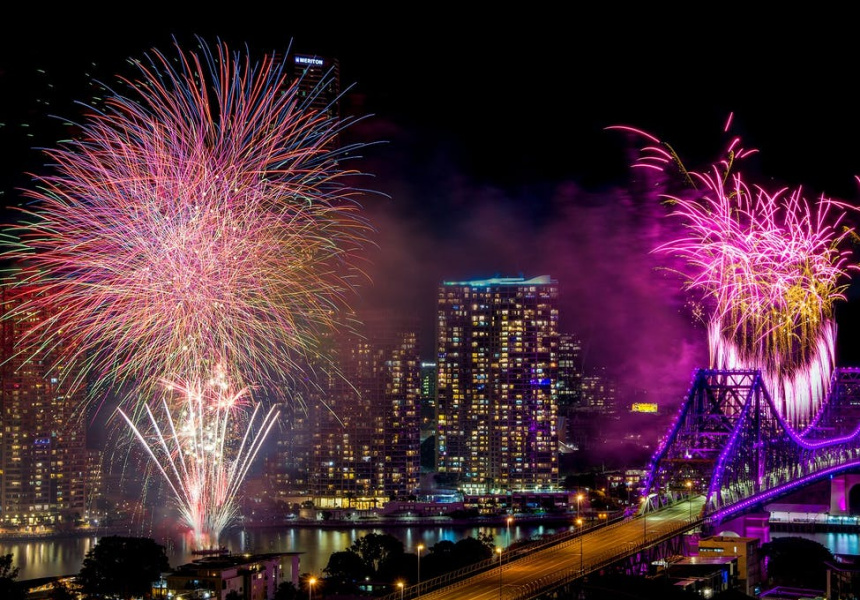 Whether it’s new works coming to GOMA, a reimagined Othello production or a week’s worth of good tunes descending on Woodfordia again, the arts calendar for Brisbane and surrounds is looking like a bumper crop. Here are five worth penciling in.

Curiocity
This interactive art experience, curated by local artist and academic Jay Younger, highlights the intersections between art, science and technology. It includes several works created by local students in collaboration with artists. Georgie Pinn’s Ohce/Echo invites audiences to immerse themselves in the piece via live animation and facial capture technology, while Kirsten Baade’s floral-inspired Luminous Threads blends fibre-optic technology with artisanal embroidery. Running run from June 24 to July 10 across Brisbane, all works are free to see and easily accessible.

Brisbane Festival
A firm fixture on the city’s arts calendar, Brisbane Festival opens on September 3 with a riverside fireworks display. Running until September 24, the program features a feast of live music and theatre spread across a mix of in-person and online events. A trilingual production of Shakespeare’s Othello relocates the story to the Torres Strait during World War II, while a double bill of intimate opera features The Call, a new work with music and booklet co-written by Kate Miller-Heidke. Other highlights include indie folk musician Lior in collaboration with Queensland’s Chamber Orchestra and the hit musical Girl From the North Country.

World Press Photo Exhibition
This showcase of top entries from the 65th World Press Photo Contest is a cross-section of modern photojournalism from around the world. This year’s winning photograph – selected from more than 4000 entries – was taken by Canada’s Amber Bracken for the New York Times and depicts red dresses hung in Winnipeg, Manitoba, to symbolise violence faced by women of Indigenous heritage. Closer to home, Sydney photographer Matthew Abbott homes in on traditional Aboriginal burning practices within the Nawarddeken people of west Arnhem Land, a shot seen widely via National Geographic. See it in person at Brisbane Powerhouse from July 2 to 24.

Air at Goma
From November 26 to April 23, GOMA‘s entire ground floor will play host to a series of large-scale works exploring some of the cultural, ecological and political aspects of air. The works will stretch across five galleries, with new commissions alongside established favourites from the collection, including Ron Mueck’s outsized sculpture In Bed and Anthony McCall’s blissful sound-and-light installation Crossing. Tickets go on sale later this year, but in the meantime GOMA‘s offerings include curated films at the in-house Australian Cinémathèque and the interactive Children’s Art Centre.

Woodford Folk Festival
One of Australia’s best-loved music festivals, Woodford is a nearly week-long celebration anchoring the Christmas and New Year’s period. It’s deeply community- and culture-based, with a unique vision that extends to planting rainforest trees and other greenery around festival site Woodfordia’s makeshift village. This year’s line-up hasn’t been confirmed, but the acts are just part of the appeal. Really it’s about the setting and the vibe – the chance to lose yourself in nature while surrounded by kindred spirits and world-class musicians and songwriters. Opt for on-site camping and open yourself to the possibilities.