The Gold Coast’s hatchet men head up the highway. 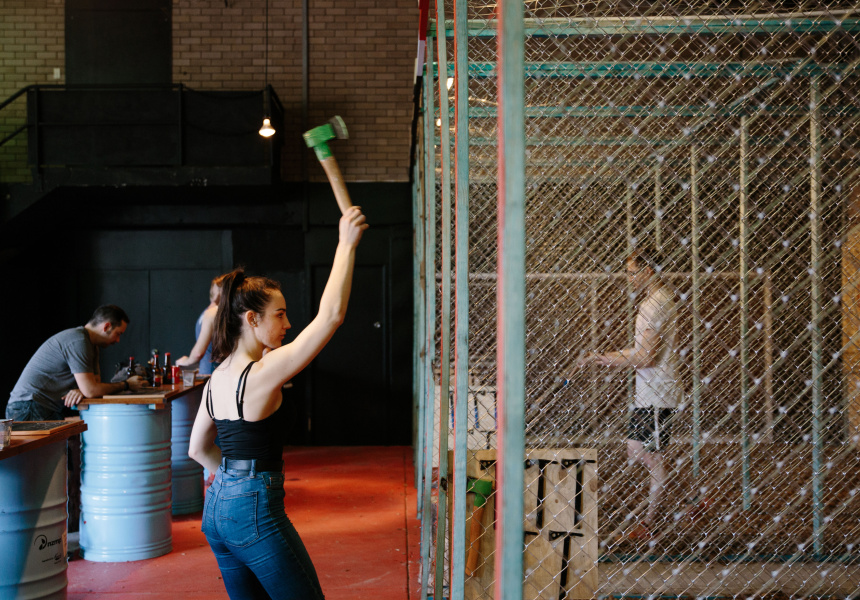 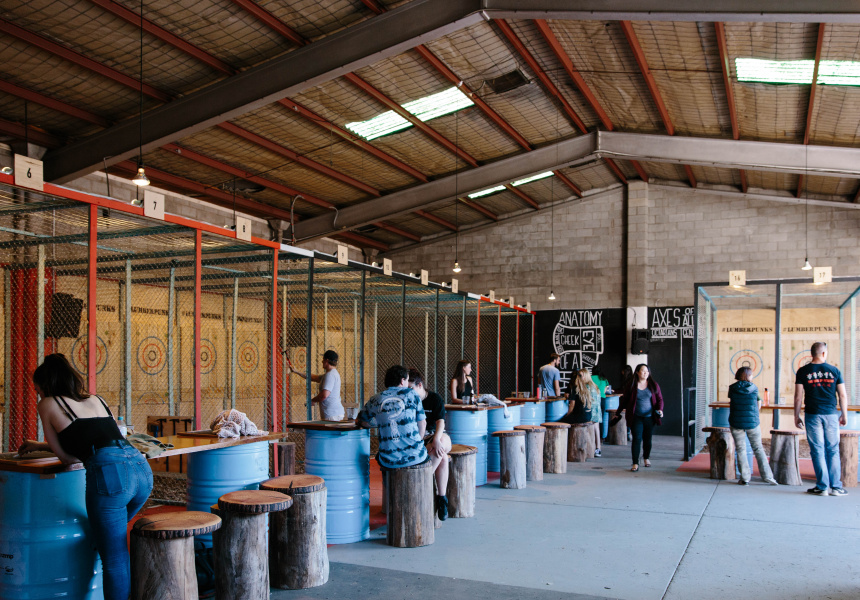 A woman hurls an axe. It spins through the air and slams into a wooden target with a cracking thump, before dropping to the floor.

“Move back a little,” Sam Hay calls out. “The blade is hitting flush.” She nods.

It’s a typical scene at Lumber Punks Axe Throwing in West End, owner Hay talking punters through the techniques and out of the misconceptions of flinging hatchets at big bits of wood.

“Once they get it,” he says, “they go from being apprehensive to being confident and having fun.”

Hay co-owns Lumber Punks with Tyson McMillan. The duo opened their first axe-throwing venue on the Gold Coast over a year ago, but soon noticed many of their customers were coming from Brisbane and the Sunshine Coast. Hay and McMillan decided to get closer to them.

The second Lumber Punks Axe Throwing opened in August inside a Montague Road warehouse. The new venue is bigger than the original with 19 lanes (compared to 12 on the coast), and space for an arcade room, vintage clothing shop and a barber.

“We want to give people as many reasons as possible to come,” Hay says. “[We want to] create a cool experience where you can chuck some axes, get a trim and buy your favourite local band’s T-shirt.”

Lumber Punks welcomes groups of all sizes from large birthday parties to hen’s and buck’s parties, couples and singles. Despite it being a dry venue, Hay says it’s a popular date-night activity given you need to be over 18 to be inside the premises. There are non-alcoholic beverages and snacks available, and you’re welcome to get food delivered if you need something more substantial.

The scoring system is similar to darts, with different points awarded for hitting different targets. There are two axes to throw: a small hatchet and a larger tomahawk. Sessions run for 90 minutes, and include a safety brief and some coaching.

“It’s not about strength at all. It’s all technique,” Hay says. “We’ve had an 80-year-old lady throwing axes on the Gold Coast. Anyone can do it.” 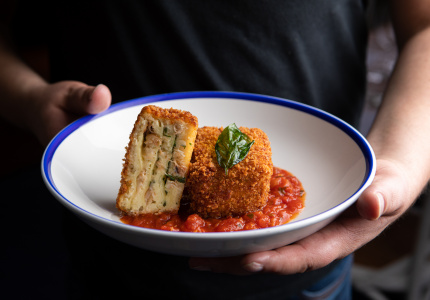