You wanna get nuts? C’mon, let’s get nuts. 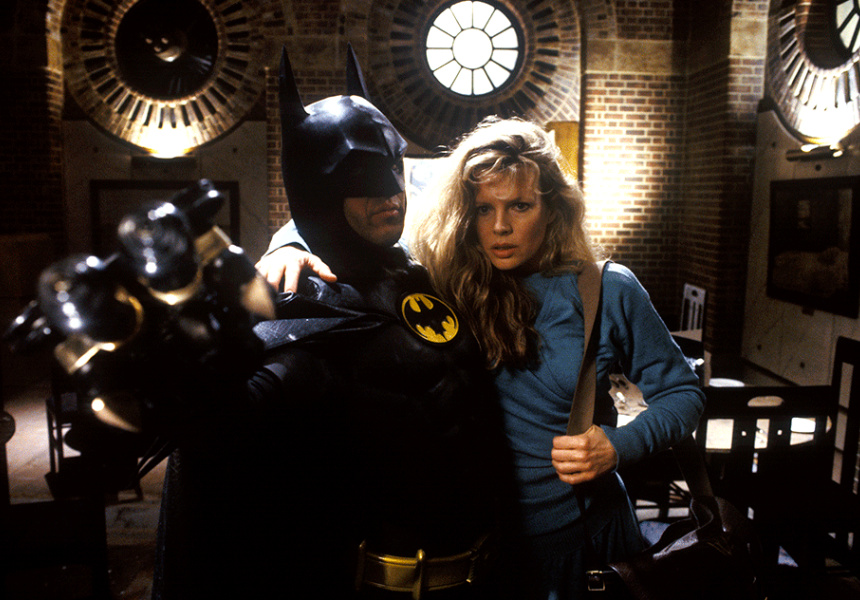 It’s interesting to consider that Tim Burton’s — and then Joel Schumacher’s — Batman films were so divisive upon their original release in the late 80s through to the mid 90s. Take a look at Metacritic and Rotten Tomatoes and you can see how mixed the critical reception was at the time. The Hollywood Reporter praised the original film’s “surrealistic visual style”. The Los Angeles Times said it had “no discernible rhythm” and a “flaccid screenplay”.

But over the past ten years there’s been something of a critical revision of the films, or at least the Burton efforts which have been celebrated for their art direction, score, and performances by Michael Keaton, Jack Nicholson and Danny DeVito. The original is also noted for taking film marketing to the next level with its accompany array of merchandise and toys (and a music video).

Maybe that’s why Dendy is showing all four Burton and Schumacher films later this month as part of a Batman movie marathon. On four consecutive days from May 23 to 26 Batman, Batman Returns, Batman Forever and Batman and Robin will all play back to back at the cinema chain’s Coorparoo theatres. Handily, each film is playing at a different time each day, meaning you can mix and match the flicks and when you watch them.

Tickets are $8 for Dendy members and $10 for non-members. The sessions can be viewed here.