Deep-fried sand crab lasagne, a three-day cheese festival, and a luminous lantern parade. Plus, a twilight market with Tibetan momos, South American barbeque and more, and a showstopping cocktail by one of the world’s best bars – served inside a treasure chest. 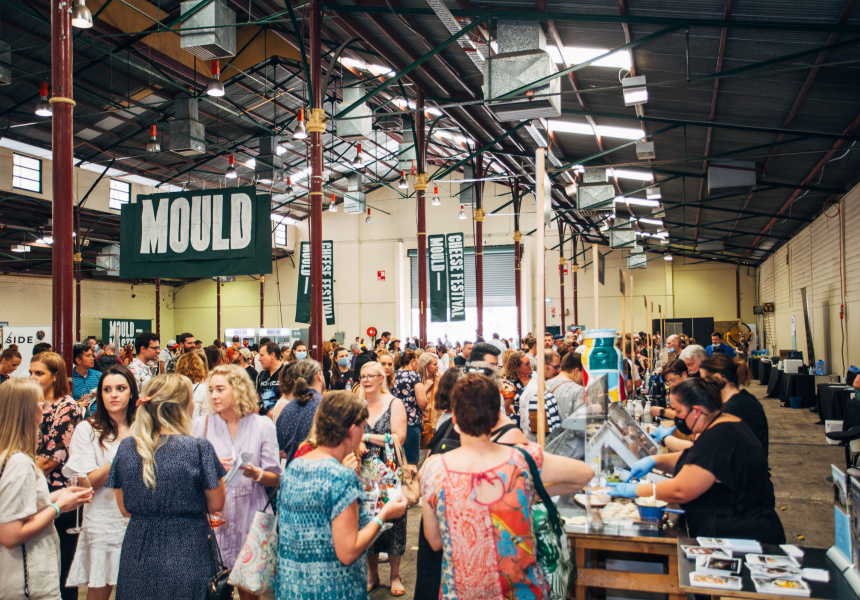 Cocktail and a show
Barcelona’s Bar Paradiso was named number three in the World’s 50 Best Bars of 2021 – and it’s come to Brisbane thanks to a six-month partnership with W Brisbane’s Living Room. Sip on show-stopping “cosmic inspired” cocktails – paired with theatrics like dry ice, smoke and light – such as the Big Bang, featuring Milton spiced cane rum, guava liqueur, Earl Grey tea, pandan, beetroot and almond milk, or the Cloud, a smoky mezcal and tequila mix served with an edible coffee cloud. Or try one of Paradiso’s signatures, like the Great Gatsby, served in a glass dome with a chocolate and vanilla tobacco cloud, or the Mediterranean Treasure, served in a treasure chest. Head in on Friday and Saturday night for live DJs and Spanish tapas. See the full menu here

A twilight block party
More than 120 stalls will take over Station Street in Nundah from 4pm this Saturday for the Nundah by Night twilight markets. The event, run by Nundah Farmers Markets, will feature street food vendors dishing up steamed and fried Tibetan momos, plates of South American barbeque, cob loaves, crispy karaage chicken, and more, alongside a Stone & Wood pop-up bar and artisan markets. There’ll also be live musicians, a petting zoo and roving performers to keep punters young and old entertained. Entry is $2 on the door and parking is free – find out more here.

No need to be shellfish
The team at One Fish Two Fish are bringing back their Crab & Cray Cray menu for one seafood-fuelled weekend this month. A four-course shellfish lunch menu will be available from Friday June 24 to Sunday June 26. Crab and crayfish fans can indulge in Fraser Isle crab bruschetta, painted cray salad niçoise, and deep-fried sand crab lasagne before finishing with a limoncello-spiked tiramisu. The set menu is $79 a head – book online.

Light it up
A procession of lanterns will travel through South Bank on Friday June 10 as part of the Luminous Lantern Parade – a glowing display of support for the state’s multicultural communities and new Queenslanders – including migrants, refugees, international students and people seeking asylum. From 6pm, follow the march from the Flowstate area to the South Bank Piazza for some live music, or pack a picnic and watch giant, illuminated kookaburras, suns and Story Bridges stroll by. For more information on the free event, head online.

Back and cheddar than ever
Mould: A Cheese Festival returns to Brisbane next month, bringing 75 kinds of fromage to the showgrounds from Friday July 1 to Sunday July 3. Get a taste of some of the best Australian bites from more than 27 local cheesemakers, plus producers of butter, olives and smallgoods that’ll elevate your next cheese board. Hit the bar between tastings to sip Hartshorn Distillery sheep whey vodka and gin, or beer, wine and sake. A $45 ticket will get you an array of cheese samples, a seat at the cheese talks and a cooler bag to keep your purchases cold – get it here.