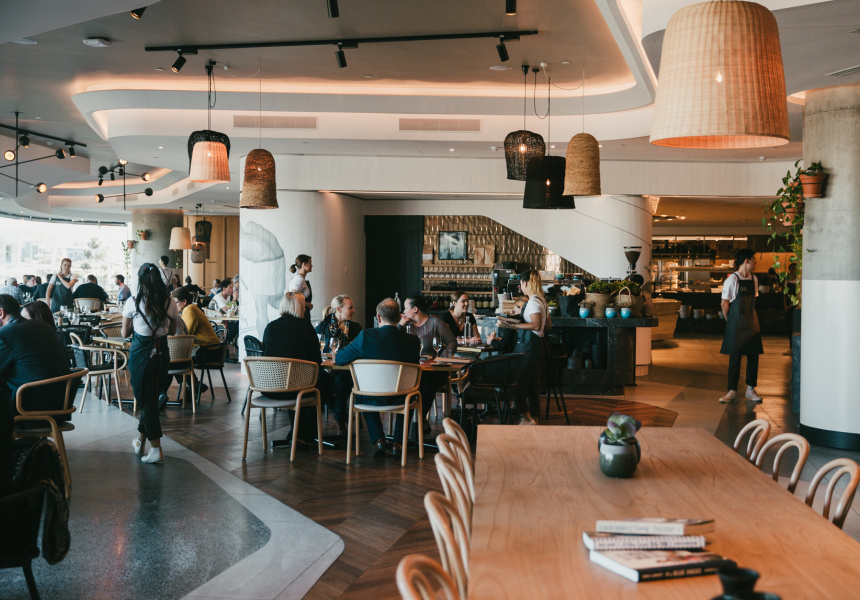 It might have been a quiet opening back in beachside Bronte, Sydney, in 2010, but it didn’t take long for Three Blue Ducks’ hearty, wholesome cooking to become a hit. So much so that outposts in Rosebery (also in Sydney) and Byron Bay soon followed. Three Blue Ducks in Brisbane is inside five-star hotel W Brisbane.

The lunch menu includes a Ducks Cheeseburger. And dinner shifts the focus to woodfired dishes such as lamb shoulder with pea, zucchini, squash, red onion, mint and lemon dressing.

There are seven beer and cider taps featuring brews from nearby Green Beacon, Newstead Brewing and Ballistic. There’s also an extensive wine list, with a couple on tap.

The restaurant’s fit-out is a contemporary stunner with an understated colour scheme. Large ground-to-ceiling windows capitalise on the view over the river and flood the space with natural light.