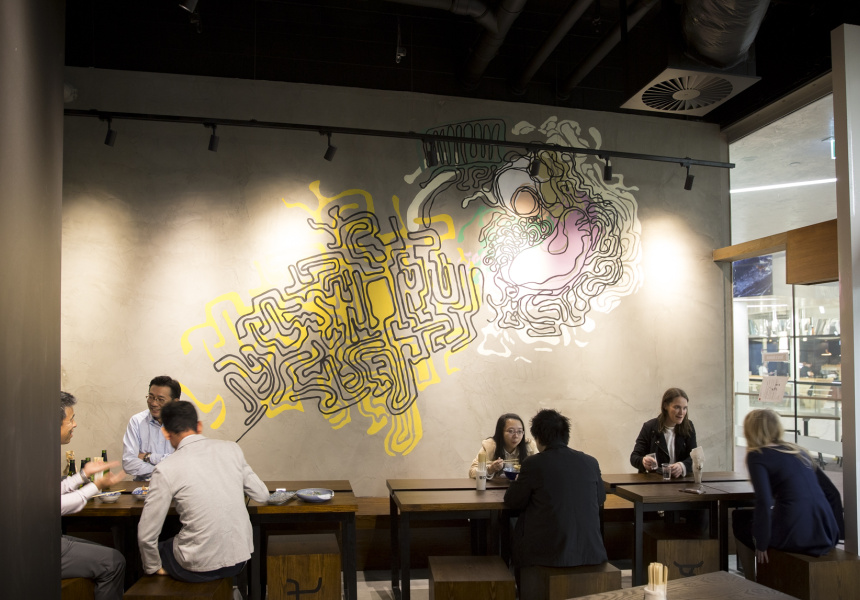 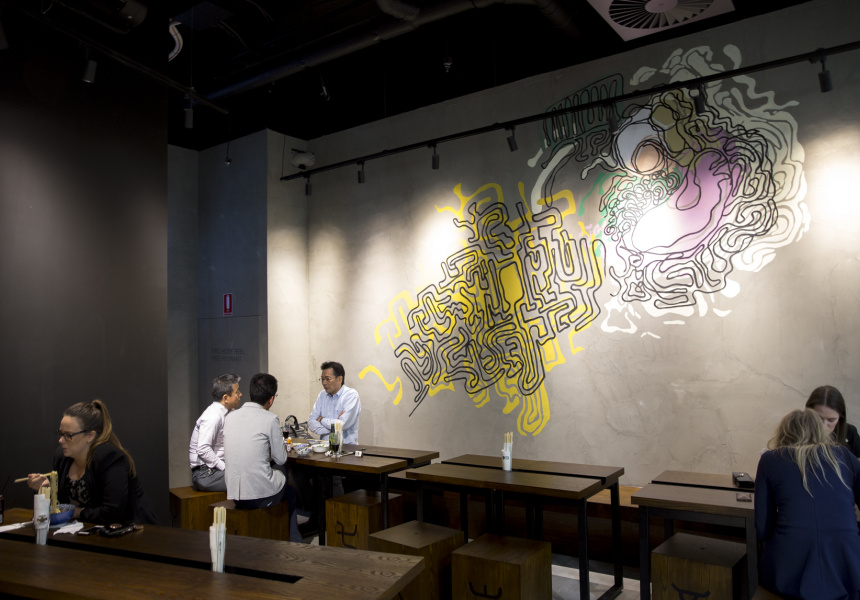 Go back to Japan and continue working in his corporate job, or stay in Brisbane and finally open his own ramen shop.

That’s the decision Taro Akimoto faced in 2009, and by the following year the ramen-blogger-turned-chef had opened Taro’s Ramen & Cafe. After a period trading from a temporary site on Edward Street (which has since become Taro's Express), his city store took up permanent residence in the newly opened 480 Queen building.

The highfalutin 480 Queen is also home to the Brisbane edition of Otto and a snazzy Jimmy Rod’s Shave Saloon. It’s a slick upgrade on the Edward Street premises and the divey Boeing House shop before it: metres of glass, handsome, solid wood tables and chairs, and crisp black-and-white tiling. The far end of the store is anchored by an intricately illustrated feature wall.

With a full kitchen out back, you can choose from a few staple ramens: tonkotsu [pork bone]; shoyu [soy sauce]; shio [salt] and miso. They’re prepared with housemade noodles and ingredients including Bangalow pork and organic eggs. Broths are pressure-cooked with exacting care, so don’t be shy about slurping.

There are also izakaya-style dishes, including pork gyoza, chicken karaage and soft-shell crab with radish and citrus soy.

Hours of methodic slow cooking to be inhaled in seconds? Make sure you come in an old T-shirt.