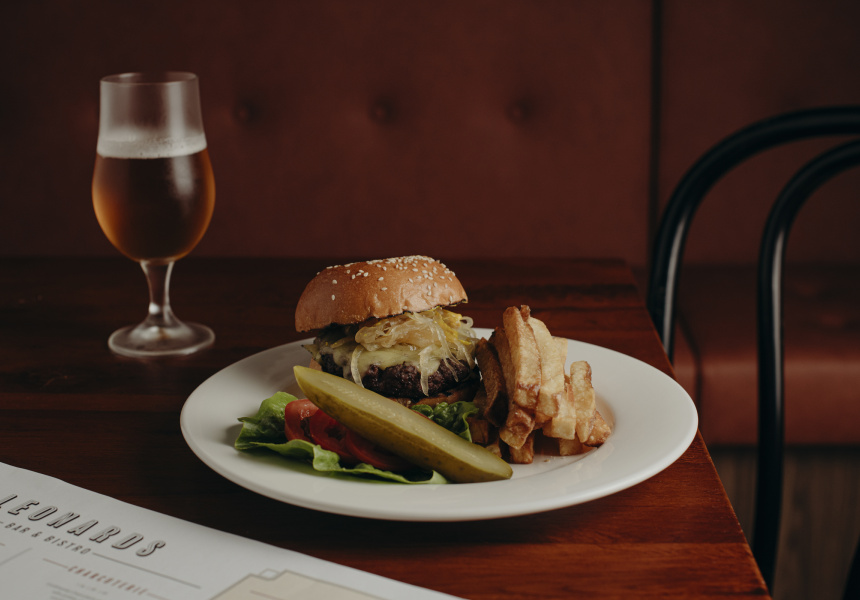 Leonards Bar & Bistro – and its sibling, laneway bar Dawn – is in the two-storey Mary Street premises previously occupied by game-changing Brisbane restaurant Urbane and its sibling bistro The Euro.

Leonards – inspired by the bistros of New York and Paris – is all old-world burgundy and banquette seating, exposed brick walls and subway tiling. Irish ex-pat chef Enda Gaffey looks after the menu. He's clocked time at Jellyfish, Libertine, London Fields and Marchetti. He's designed a pan-Mediterranean menu with a bit of Spain and France here, and a bit of Italy and Greece there.

That materialises on the plate as skirt steak and hand-cut fries with salbrixada (a Catalan sauce similar to romesco); smoked ocean trout with shaved fennel and horse radish crème fraiche; “country-style” pork terrine; and olive oil cake with lemon curd and meringues. Bistro classics such as oysters – served natural with fresh lemon or with green apple mignonette – and steak tartare with gaufrette potato chips also grace the menu.

The space doubles as an all-day cafe-deli serving toasted sandwiches, baguettes and paninis from 11am. There's also a selection of sweet and savoury pastries and coffee. 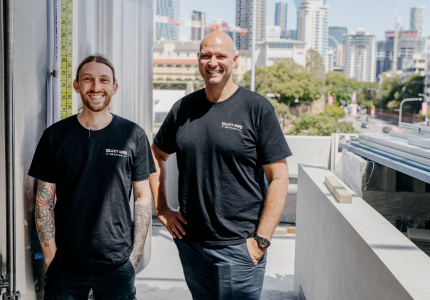