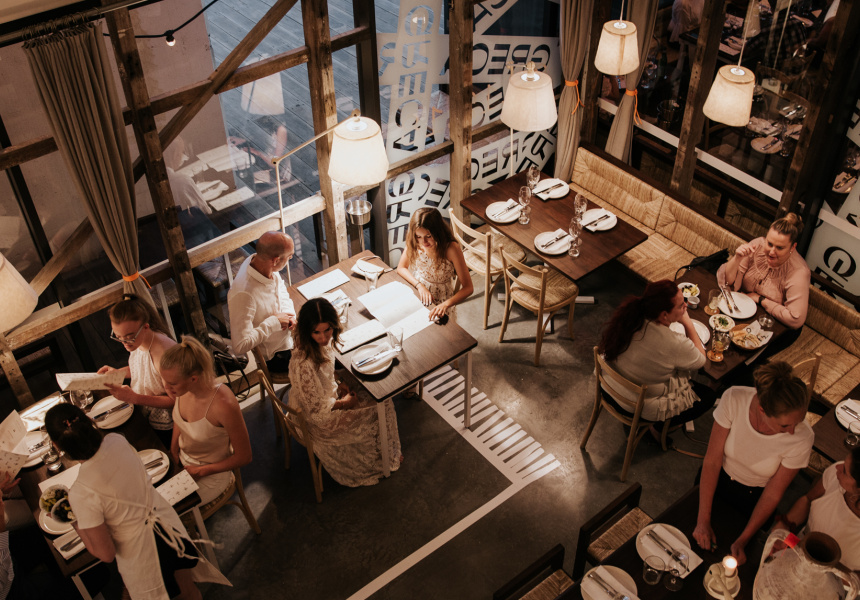 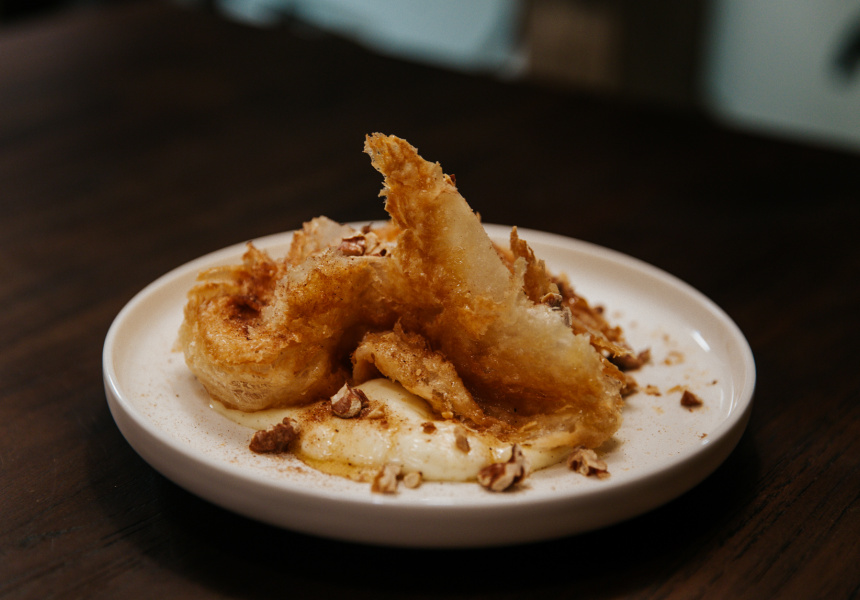 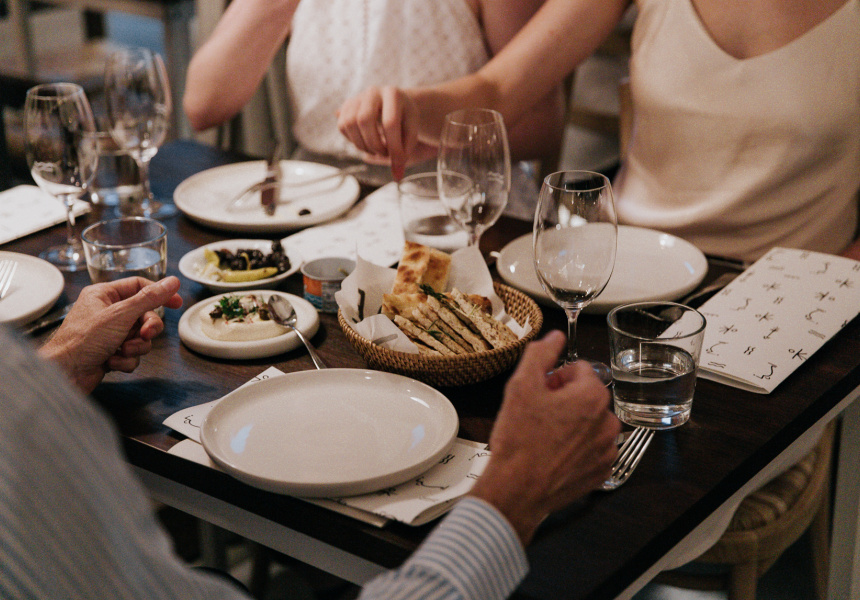 Gold Coast-born Jonathan Barthelmess made a name for himself in Sydney with The Apollo and Cho Cho San. He returned to Queensland in 2018 to unveil Greca, a stunning 210-seat Greek taverna at Howard Smith Wharves.

Barthelmess called on his childhood friend George Livissianis – who’s worked on all of Barthelmess’s restaurants – to design Greca. The old warehouse space is painted white like a traditional Greek taverna, but there’s also greenery in the form of olive trees, custom-made straw furniture and some timber to complement the building’s existing structure. An open kitchen features lots of zinc instead of the usual stainless steel.

The menu mostly revolves around the charcoal and woodfired grills. There’s lots of grilled seafood (sardines, octopus, calamari) and grilled meats (half or whole chicken, pork chop, lamb ribs), as well as plenty of traditional Greek dishes such as taramasalata, spanakopita, dolmades and a rare dessert from Barthelmess’s ancestral home called katoumari (smashed filo with custard).

The drinks list features three wines on tap – a white, rosé and red – available by the half or full litre. There’s also a 150-bottle wine list with plenty of Australian, French and Italian labels, as well as plenty of wines from Greece.