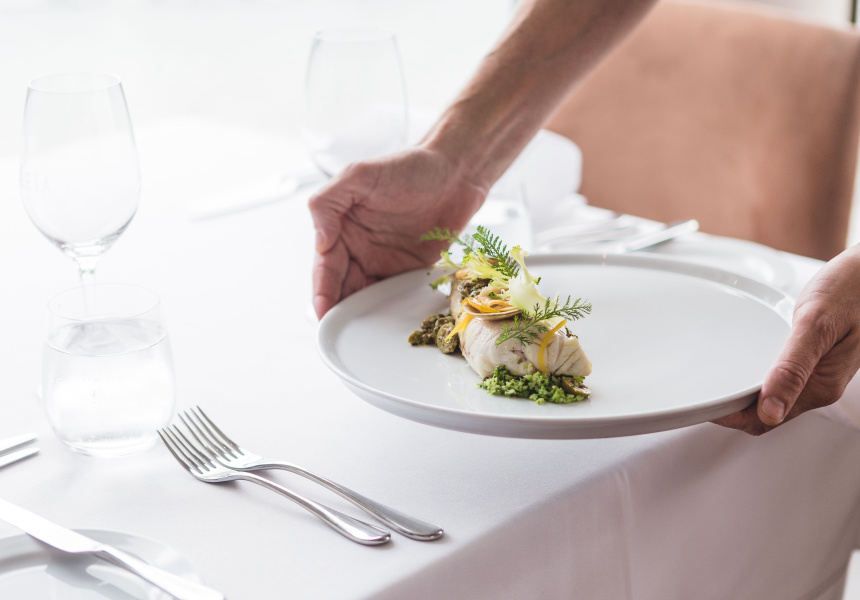 It’s the little touches that set this award-winning fine diner apart: from the complimentary Champagne cocktail on arrival for the early dinner sitting, to the take-home boxes of macarons. Then there’s the breathtaking water view with Story Bridge poised in the background.

The service is as polished as the silver cutlery lined up on the linen-clad tables, and the seasonal menu is carefully crafted by celebrity chef owner, Matt Moran, and head chef, Ben Russell. Much like its older Sydney sibling, ARIA Brisbane is refined and elegant, with a hint of casual Queensland coolness.

Following a mid-2017 relaunch, diners are now offered an extensive set menu of one to four courses, or a tasting menu with matched wines. The promise of local produce is delivered via Fraser Island spanner crab with grilled cos, citrus and apple; or a Moreton Bay bug dish accompanied by shiitake and seaweed butter; and North Queensland cobia (a broad flaked, firm, sweet flesh reef fish) with clams, sugarloaf cabbage and black vinegar (the local producers and suppliers are dutifully listed at the bottom of the menu).

ARIA’s wine list is also one of Australia’s most awarded, showcasing varieties from the Hunter right through to Rheims as well as a few locals from the Granite Belt.