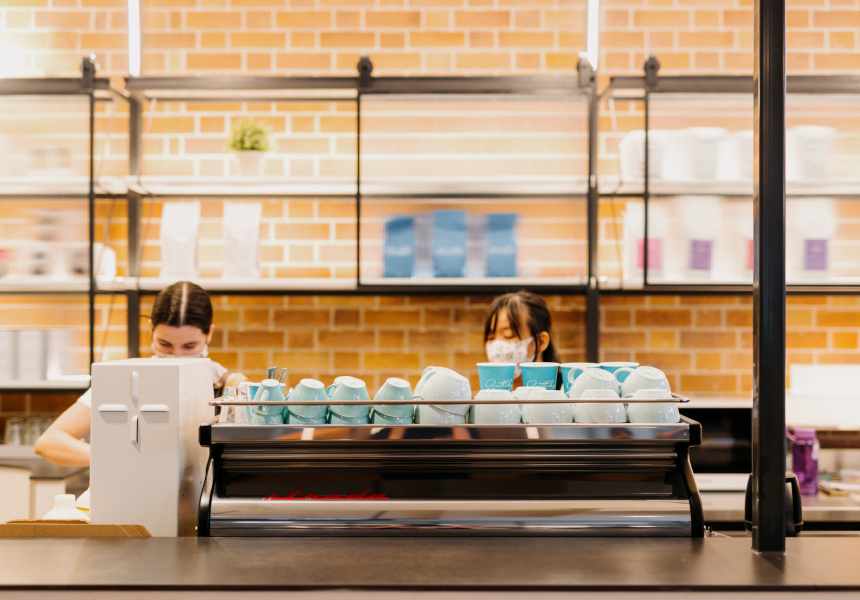 Coffee Anthology has long been regarded as the yardstick for specialty coffee in Brisbane – even as interstate roasters such as St Ali and Seven Miles swooped in to establish themselves in the local market.

But Anthology’s Andrew Wang upped the ante when he moved the business from its original Margaret Street cafe to a new home on Charlotte Street, behind a stunning 1890s heritage-listed facade at Midtown Centre. And it’s fair to say the original outlet is quaint by comparison.

The grand sequel features an enormous brick wall that backs the coffee bar, with plenty of stone, arched brass features and clever lighting that gives the space an inviting warmth.

What hasn’t changed is Wang’s focus on presenting the best roasters from around the country, including Padre, Proud Mary, Almanac and Passport. Coffee is available as pour-over, batch brew and of course espresso via a La Marzocco Strada EP coffee machine.

While this place shines a light on national names in coffee, the Maillard Project down the street is like a test kitchen where Anthology's baristas can analyse and experiment with different roasts, as well as provide a training space for passionate drinkers and industry alike.

Until its own kitchen opens, Anthology serves a selection of muffins prepared at Maillard, with sandwiches to come online shortly.