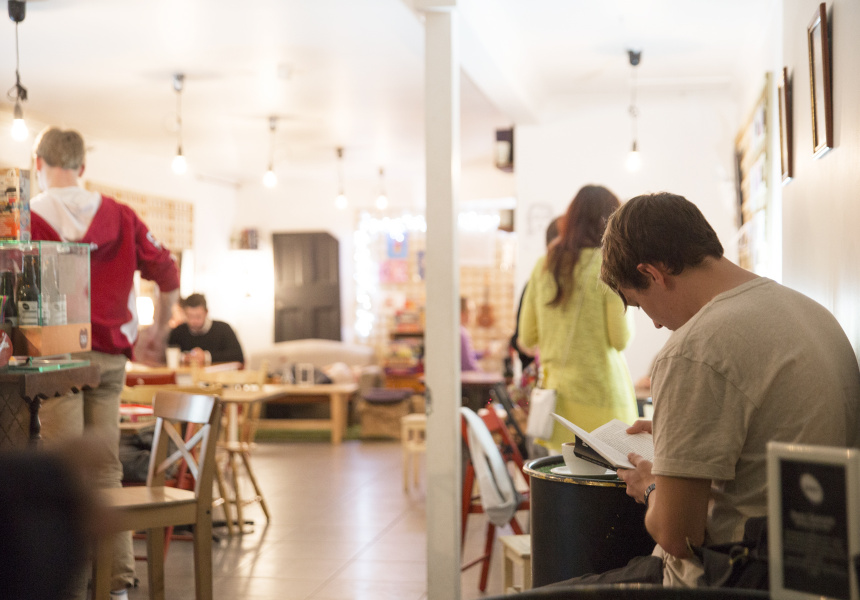 Gavin LeRoux has pretty much done it all. He’s washed boats in Nice, saved rhinos in South Africa and now, settled in Brisbane, he’s the proud owner, barman and barista at Bean. The underground cafe can be found at the end of a ho-hum laneway between Flight Centre and Irish Murphy’s on George Street.

Drinks are the focus here. In the morning, the cafe offers a custom espresso blend LeRoux designed himself, which is roasted nearby at Bellissimo to keep a close eye on quality. This is complemented by seasonal single origins from around the globe, including India and Asia.

Alternatively, come by after work, sink into a couch and sample something from the meticulously assembled beer and wine lists, which reflect LeRoux’s passion for travel. There’re three reds and three whites at any time, which often include a Chianti, Côtes du Rhône or South African cabernet sauvignon. Bean stocks about 13 beers at a time, which change to match the season (more stouts in winter, more lagers and golden ales in summer).

There’s no kitchen, instead Bean offers banana bread and paleo tea cakes, plus a selection of the best dishes from its food-oriented neighbours, Miss Kay’s Burger Bar and Irish Murphy’s, which the Bean staff will happily sort for you.