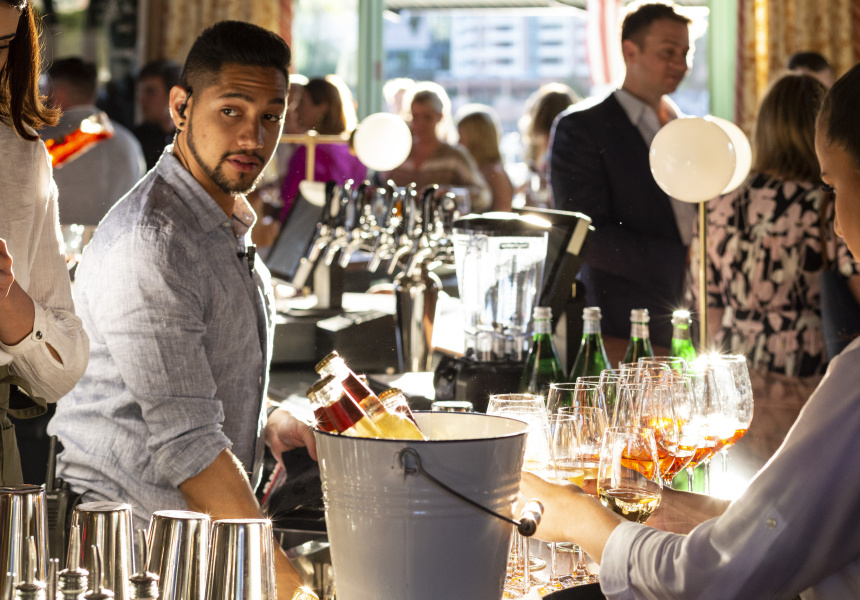 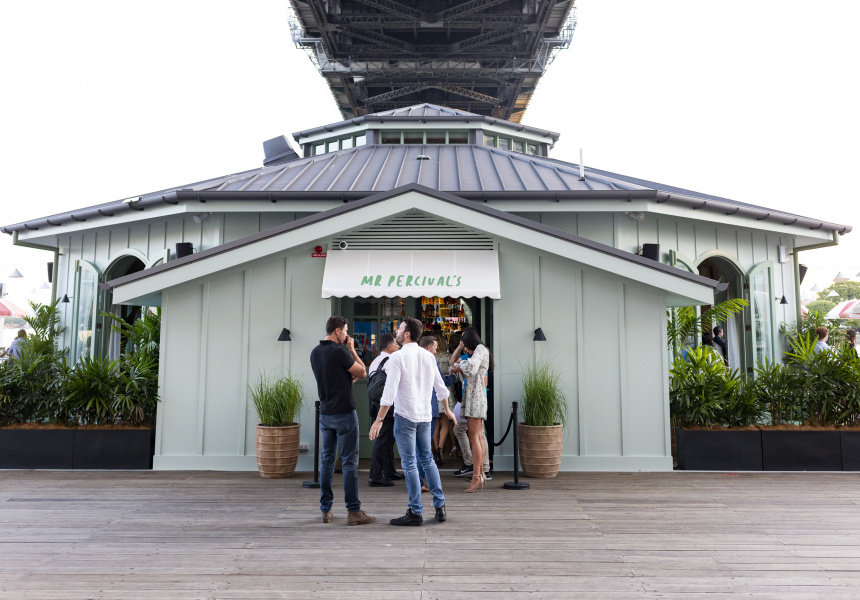 Mr Percival’s is the centrepiece of Howard Smith Wharves. It’s built over the river directly under the Story Bridge, and it’s unlike anything else the city has seen.

Mr Percival’s – named after the pelican in the classic Australian book Storm Boy – was been a labour of love for Howard Smith Wharves director Adam Flaskas, who dreamed for years of bringing a world-class waterside venue to Brisbane.

Brisbane-based interior designer Anna Spiro created the space and also came up with its unique octagonal structure. A mirrored bar and large bench of the same shape greet customers as they enter. There is so much refined elegance it’s hard to know where to look next. Victorian ash timber panels blend in with the teal, pink and pale yellow colour palette, while the deck showcases the city skyline and river views. Spiro says she wanted it to reflect Brisbane but also be acceptable on the international stage.

Drinks are about cocktails and spritzes, with a lengthy wine list focusing on small producers. A selection of tap beers is anchored by neighbouring Felons Brewing Co’s core range.

For food, head chef Damien Styles (formerly of The Fish House) has created a menu that leans on fresh seafood such as caviar, lobster rolls and prawn cocktails, as well as a selection of salads and vegetable sides.