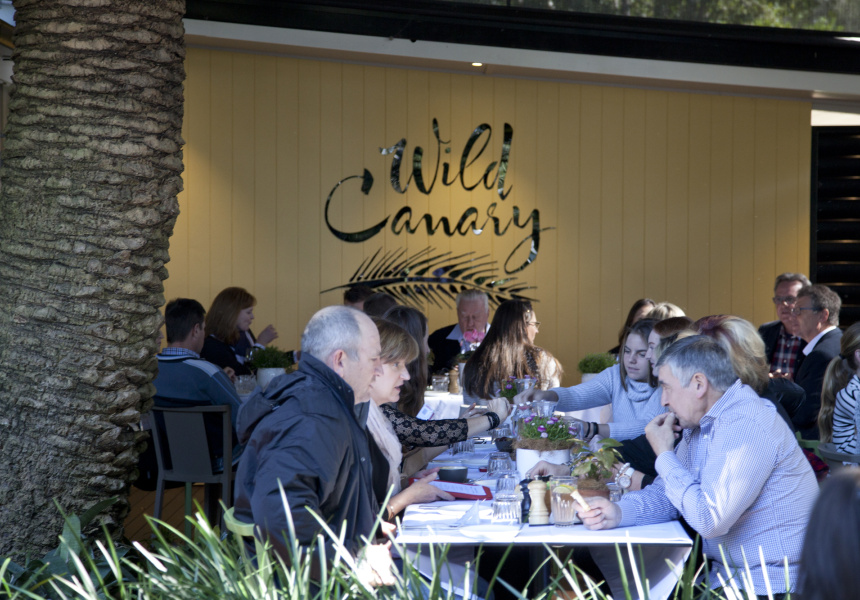 With a dining deck festooned with greenery and birdsong, Wild Canary is a lush oasis on Brisbane’s bucolic fringe. Owners Scott and Robin McLay purchased the Brookfield Garden Centre on a whim in 2008, adding the bistro six years later.

An extension of the nursery, Wild Canary showcases many of the rare, heirloom and exotic productive plant species for sale next door. Chef Glenn Barratt divides his time between the bistro and the grounds, cultivating a raised garden that supplies up to 40 edibles direct to the kitchen. Diners, too, are encouraged to walk among patches of pineapple, pawpaw, beetle leaf and rainbow chard before their meal.

The daily menu rides on what’s ripe for the picking. One mainstay is the gardener’s breakfast of Adams Gypsy ham, confit tomato and eggplant caviar. Light lunches are largely plant-based (seasonal salads, twice-baked pumpkin and chèvre souffle) with some surprising flavours thrown in, including a Jamaican jerked chicken toastie with coriander aioli. Coffee and house-made cakes freckled with viola flowers are served between mealtimes.

Meat, seafood, honey and any other produce that can’t be grown onsite is sourced regionally. Those curious about provenance should attend a Producers’ Lunch, where local farmers narrate a five-course degustation menu that spotlights their particular ingredient.