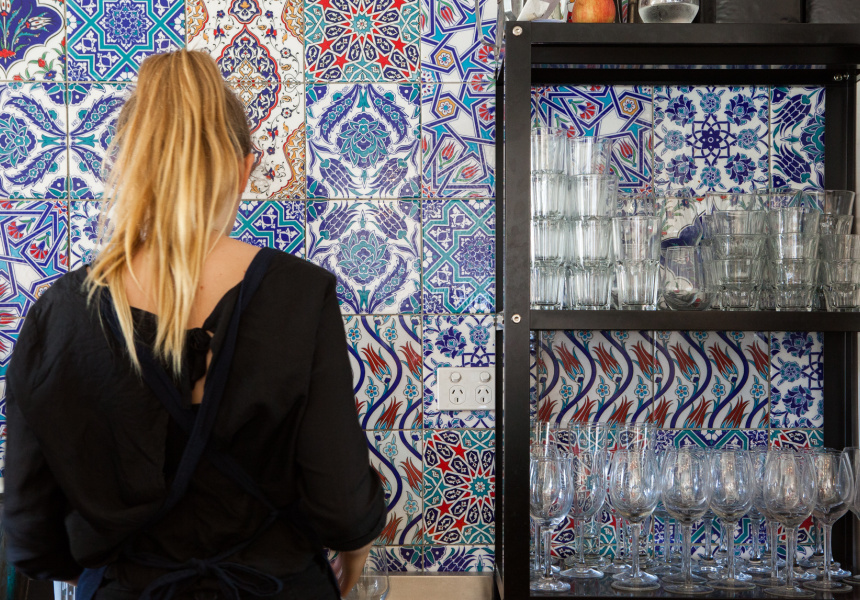 Naïm is perfumed by the same aromatics as the food stalls of co-owner Adi Shabtay’s youth.

A word that in both Arabic and Hebrew roughly translates to "pleasant" or "joy", Naïm (formerly known as Shouk) is truly a meeting of two worlds: Shabtay and his partner Guy Frawley (a Sunshine Coast local) first met in Israel before relocating to Brisbane.

Set in a repurposed worker’s cottage, this is their first cafe venture and an attempt to interpret the flavours and hospitality of the Middle East for a local audience.

Shabtay and Frawley have set out to reimagine Australian brunch with an all day menu that broadly surveys pan-Middle Eastern and North African cuisine. You’ll be happy to step outside your comfort zone with dishes such as green shakshuka (Tunisian style baked eggs) in spiced spinach and shallots with an avocado sour cream. A Paddington staple, Naïm’s avocado on toast comes topped with Persian feta and pomegranate molasses.

Options designed for later in the day include a falafel pita with hummus and Israeli salad, and the pulled brisket Naïm burger. Genovese coffee is also on offer.

Drink in the surroundings, too: Turkish-blue paint and imported tiles have transformed this space from its previous days as a jazz dive. The enclosed verandah out back, with its sweeping views over Paddington’s undulating rooftops, is a particular delight.