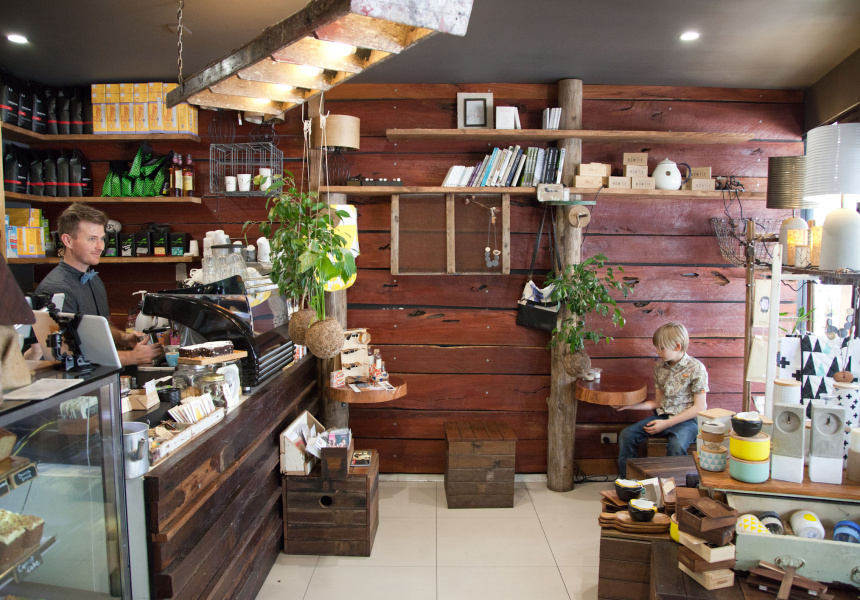 The outdoor space has a playful mood. The group took a fun approach to the fit-out, using reimagined and upcycled pieces picked up from second-hand stores, such as a coffee table made from an old Weber barbeque. Inside, a selection of giftware is available for purchase.

The two Annas are in charge of the menu and kitchen, serving up their take on Mexican and Asian influences. There’s a separate breakfast and lunch menu, and favourites include the “Mehico” spiced beans with eggs and haloumi; and the Asian pulled-pork salad.

A small, considered range of drinks accompanies the menu. Early Saturday and Sunday afternoons are a great time to visit and sample a G&T made with Hendricks, Fevertree tonic, cucumber and rose ice, or the local beer of the week. The coffee is locally roasted by Veneziano.