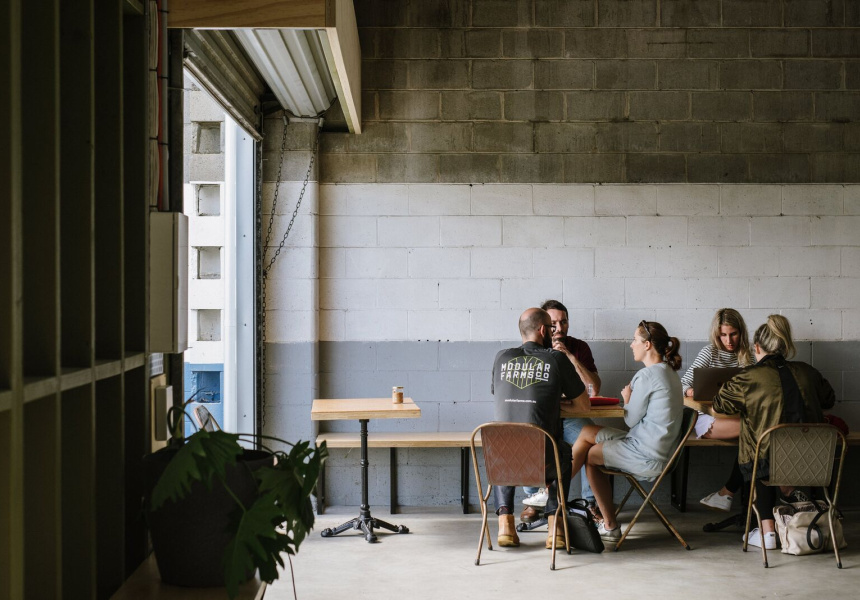 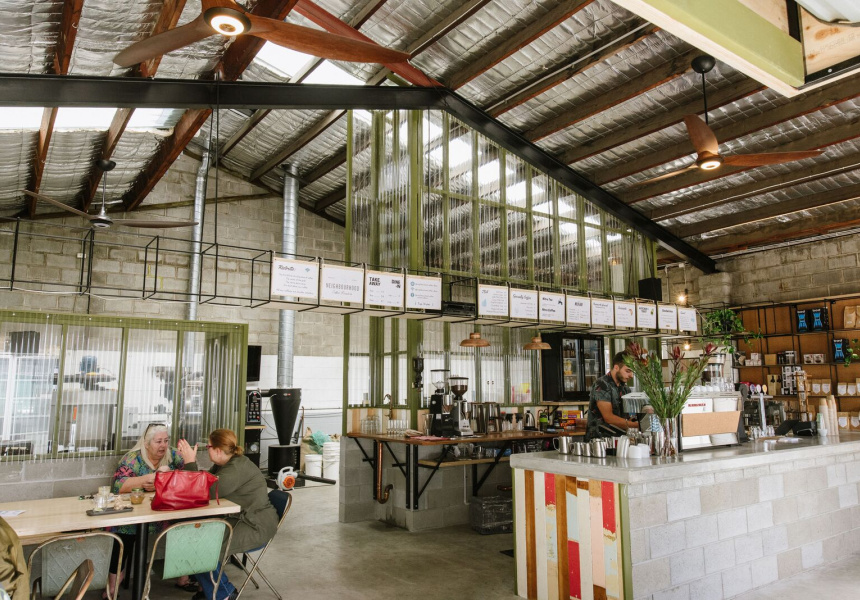 Alex Ridgway grew up around fine dining. His parents owned Rags, one of Brisbane’s best French restaurants in the ’70s and ’80s. Predictably, he took a fine dining career path, working front of house at Esquire, Cha Cha Char and Urbane – that was until he decided to give coffee roasting a go.

Alex and his wife, Stephanie, began a roasting operation in Sumner Park in 2015 before opening Neighbourhood Coffee Roasters in Bardon. When a suitable space at the Albion Fine Trades precinct popped up, the Ridgways decided to move their roastery to Albion and incorporated their second cafe into the 140-square-metre building.

The roastery and cafe is housed inside an old Mercedes-Benz workshop. The interior is industrial with high ceilings and lots of painted concrete, broken up by touches of greenery. A courtyard out the back features wicking garden beds that grow herbs and greens used by the kitchen (thyme, parsley and sorrel, for example).

The menu is smaller than the Bardon original, focusing on light meals to complement the coffee. The ubiquitous avocado on toast is given a facelift with a choice of three elaborate toppings; black sesame and pomegranate, beetroot and almond paste, or Korean chilli paste. A number of sandwiches, croissants and house-baked sweets round out the offerings.

A tribute to the venue’s past, the house blend is called “The Merc” and involves a blend of Brazilian, Indian, Guatemalan and Ethiopian beans. There are three other blends on offer, along with house-bottled Japanese iced coffee, nitro coffee (on tap), filter coffee and the cafe’s own cold-pressed juices.