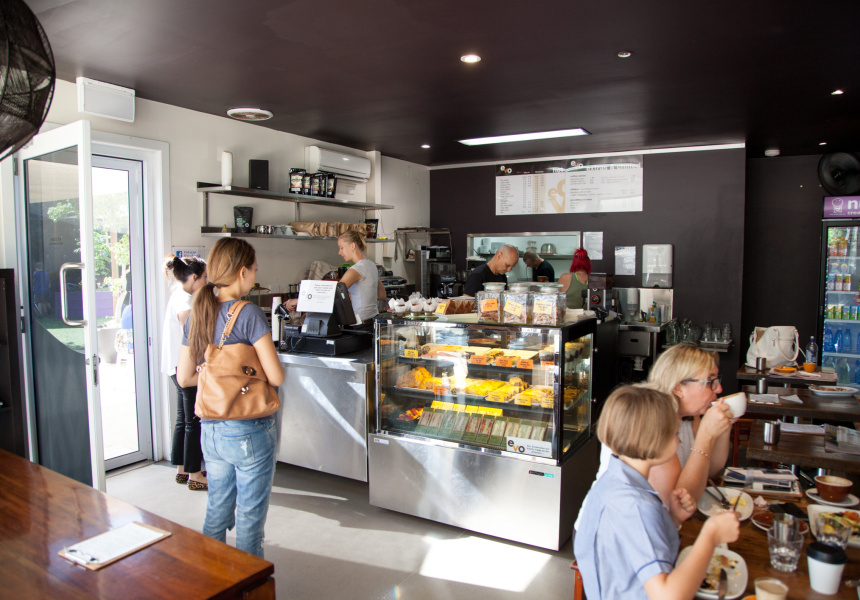 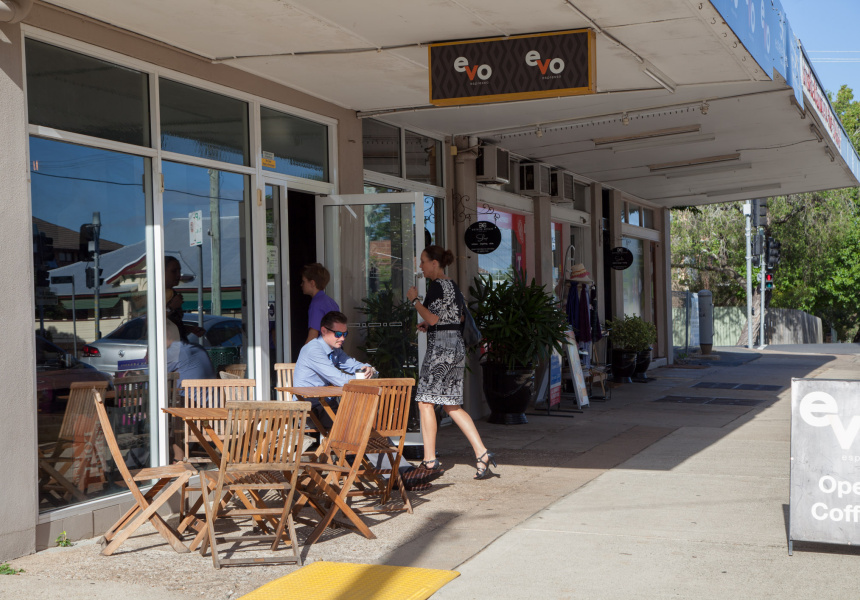 After selling ads in London for close to 30 years, Steve Drew decided he’d had enough. He came to Brisbane searching for a change of pace, realised it was time for a new career altogether and opened Evo Espresso in 2007.

The first incarnation was a tiny garage with zero amenities. He had to add water, power and sewerage. Still, his ad-researcher skills told him it was the place to be, what with Yeronga State School directly opposite and plenty of young families in the area.

In 2012 he moved a few doors down, acquiring the courtyard that’s one of Evo 2.0’s biggest drawcards. It’s here you can savour a custom Belaroma blend via espresso or V60 pour-over, while kids and dogs roam free. The interior is characterised by black walls and abstract art.

The menu keeps it simple. Drew’s not interested in being a culinary destination. Rather, Evo is about quick, affordable eats. Apart from the usual suspects such as avocado on toast and bacon and eggs, there’s granola, slices, frittatas, pies and sausage rolls.