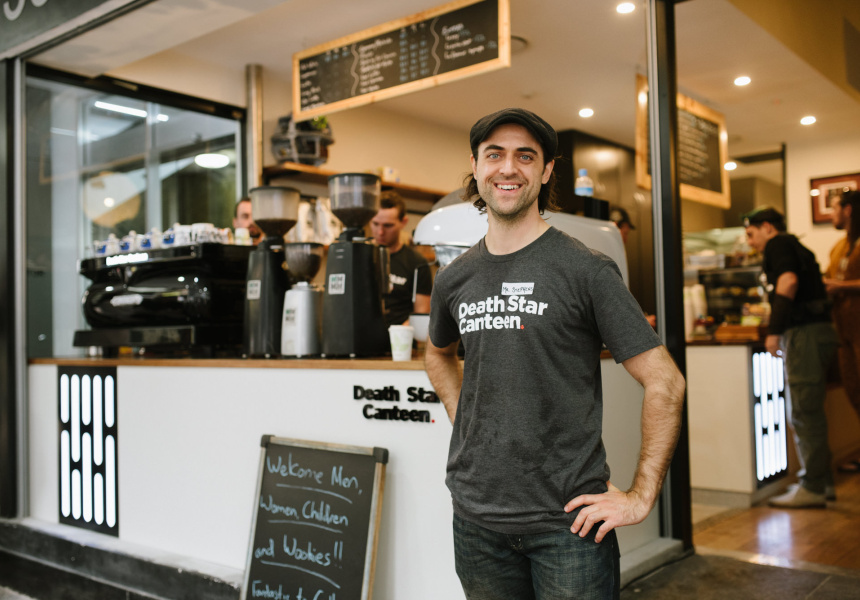 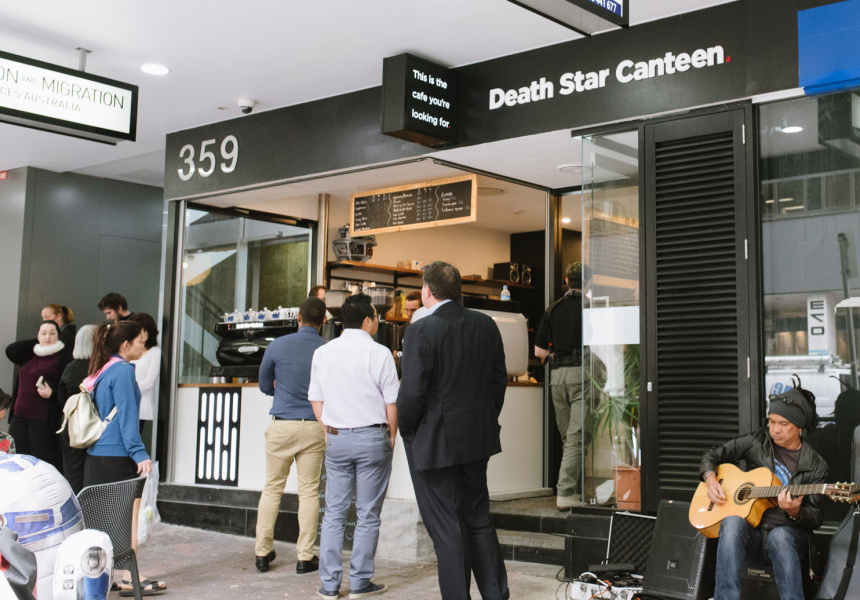 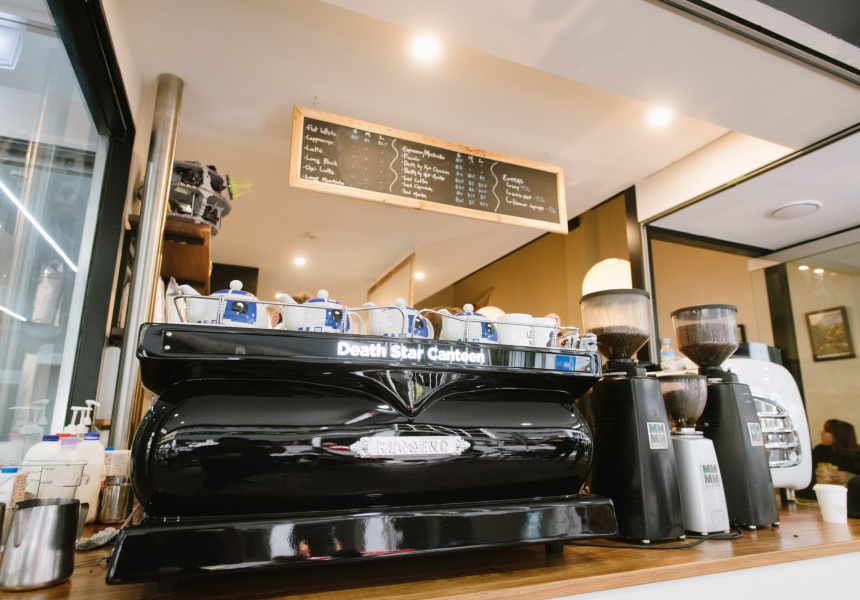 Staff uniforms come replete with stormtrooper caps and Princess Leia buns. A stormtrooper swings from a hammock in the corner. Tea is delivered in R2-D2 teapots. Delicately detailed Death Star flowerpots dot the tables. It’s a surprisingly subtle effect, the interior instead defined by some sleek graphic design from Consume Creative’s Nick Martin.

The menu isn’t messing around either. With guidance from former Mondo Organics chef Brenda Fawdon, Morris put together a range of thick-cut Italian-style sandwiches built on focaccia from Ashgrove’s Banneton Bakery, complemented by house-made condiments, locally sourced free-range meat (from Morris’ brother’s farm) and eggs, and Morris’ preferred brand of fair-trade organic coffee from The Coffee Roaster in West End, which he used for years at the now-defunct Glen’s Espresso coffee cart (also coming across is his trademark honesty-box system).

Before you ask: yes, there’s penne all’arrabbiata. And yes, you’ll need a tray.