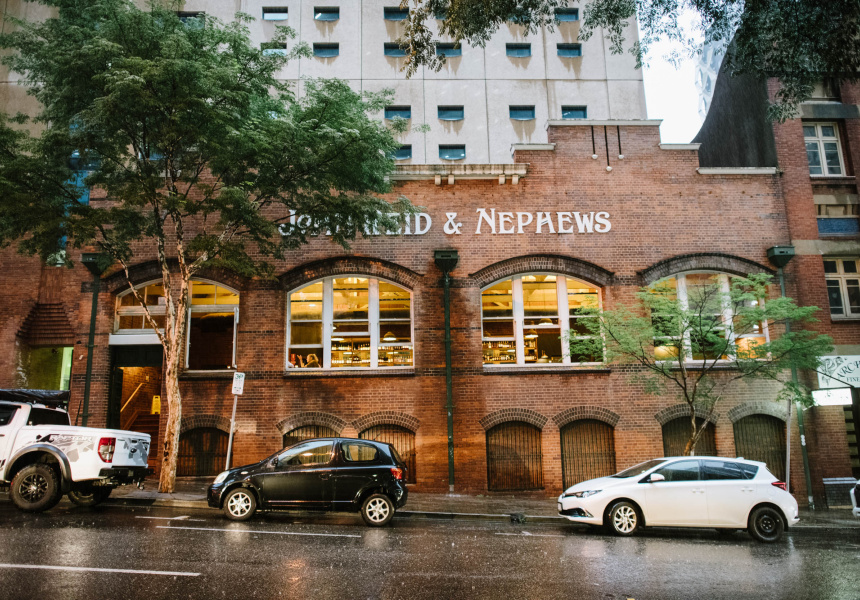 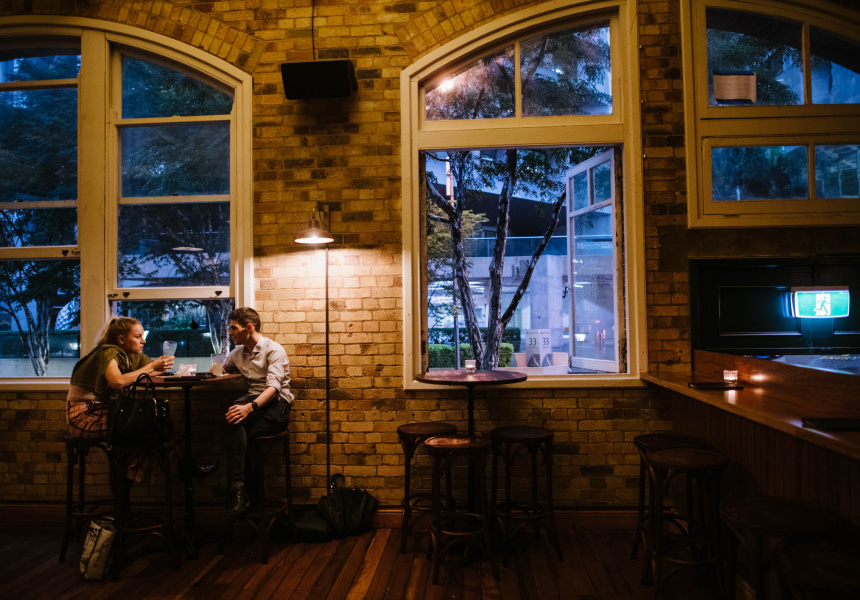 At first glance, Frog’s Hollow Saloon screams fancy boozer: the fit-out is timber-and-brick heritage, curated menus decorate the tables and there’s a depth of talent running the place that would be the envy of many cocktail bars around the country.

But that’s where the pomp ends. This is a venue that’s top-to-bottom approachable. You order at the bar, not in your seat; the music leans towards jukebox rock; and the enormous double-sash windows are left open, meaning it soaks up the hum of the city when it’s quiet.

But to say the team behind Frog’s Hollow is strong would be an understatement. It’s a veteran crew counting Brisbane venues such as Gresham and Bianca, plus Mjolner, Black Pearl and Captain Melville from Melbourne on the collective resume.

They’re looking after a booze selection featuring independent whiskies from around the world, including Australian distillers such as Starward, 5Nines, Spring Bay and Launceston Distillery. Australian producers also feature prominently on a 50-bottle-strong list of gins. All up, the back bar carries more than 350 bottles.

A signature cocktail menu presents clever twists on the classics. You might order the Scofflaw-inspired Copper & Brass that mixes Sazerac rye with dry vermouth, fig and pomegranate. Or instead of a whisky highball you might go for the AJ Carmichael, with The Naked Grouse whisky finished with rhubarb, Golden Eight pear eau-de-vie and cardamon.

For food, there’s a short selection of old-school comfort eats prepped by the Alba Bar & Deli kitchen a few blocks over on Burnett Lane. Available until closing time are dishes such as chicken and vegetable soup, and beef sandwiches filled with cheese, piccalilli, Russian sauce and coleslaw.