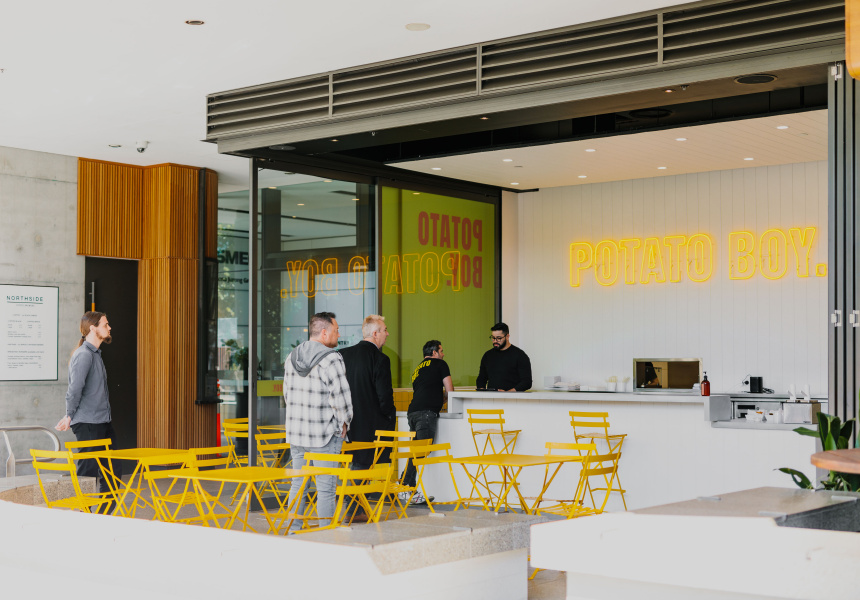 Potato Boy has a simple. front-facing counter decked out in vertical white VJ boards with liberal splashes of bright yellow and red. Behind the counter, an enormous, neon "Potato boy" sign glows day and night. There's a simple, approachable menu of fish and chips, chip butties, a couple of burgers and a bunch of sides including calamari, potato scallops, onion rings and house-made pickles.

Make no mistake though: this isn’t just a reboot of your suburban takeaway. There's some serious quality here. Owner Peter Gloftis is best known for The Lamb Shop a few doors down on King Street (which he has since sold), and in particular its hand-cut, triple-fried chips.

For the fish, Gloftis uses New Zealand-caught sea perch cooked in a clever Heston Blumenthal-inspired batter that mixes vodka with beer and three types of flour. On the drinks menu there's a selection of craft beers and organically produced wines.