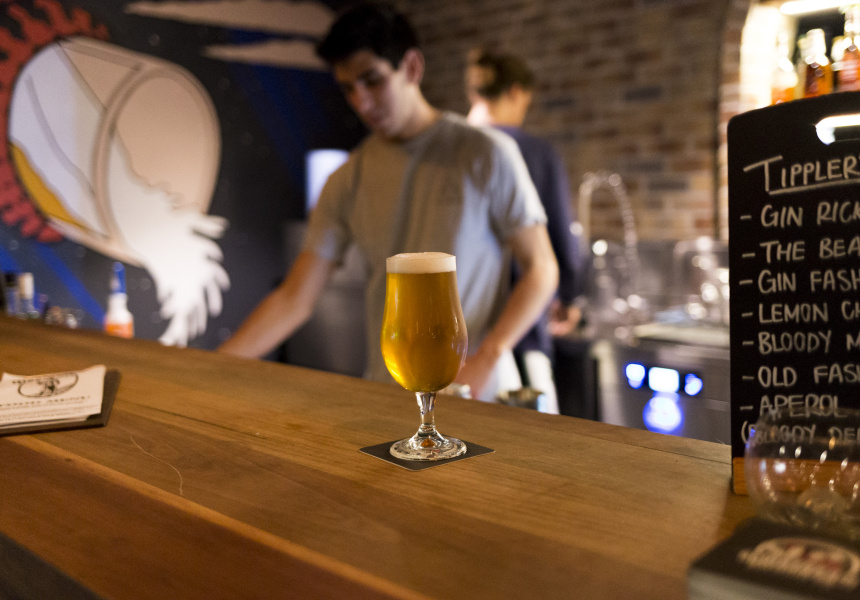 There are 14 taps at Tippler’s Tap in Fortitude Valley, and all 14 pour beer brewed in southeast Queensland. The furthest comes from Granite Belt Cider Co in Warwick, the closest from Green Beacon less than a kilometre away.

This commitment to supporting local business has made Tippler’s Tap a favourite in South Brisbane, and before that in Newstead until the original bar closed in late 2015.

Tippler’s returned to the north side in 2018, after co-owners Grant Williams and Justin Scutt took over the old Freddie’s Taphouse & Kitchen site on James Street.

A few things are different about the James Street venue. There’s a range of cocktails, as well as a new breakfast menu that includes Single O coffee and Chicago-style dishes – think chicken and waffles with poached egg and maple syrup.

The Illinois eats continue into lunch and dinner. There’s deep-dish pizza, which is a combination of mozzarella, sausage and Napoli sauce encased in a biscuit-like dough. There are also burgers, hot dogs, sandwiches and sliders, as well as a number of vegan options.

At night, the space is dark and moody with lots of wood features and a mural on the back wall. During the day, open street frontage allows plenty of light to stream into the space, perfect for the breakfast trade.

The “local where possible” ethos expands to the curated wine list, as well as the list of spirits, which includes Brisbane-produced gin Art of Booze.