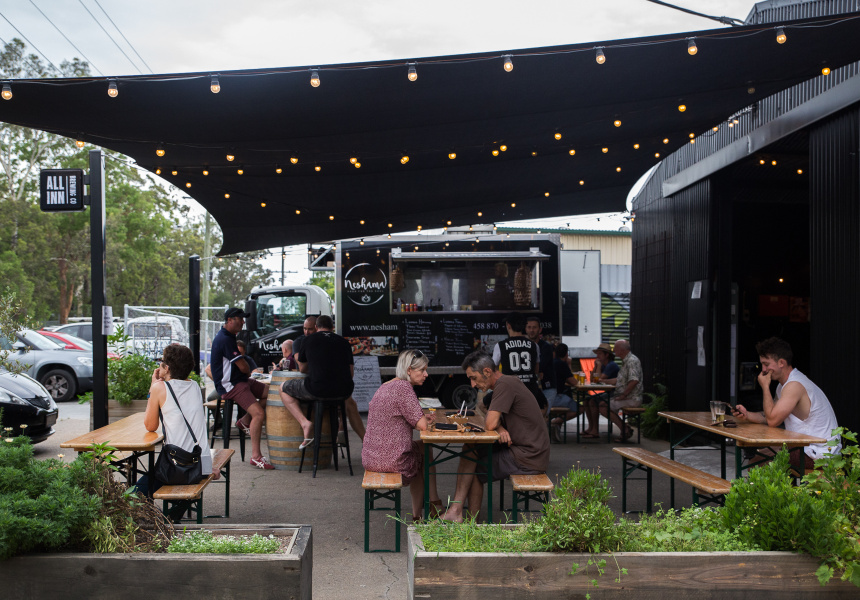 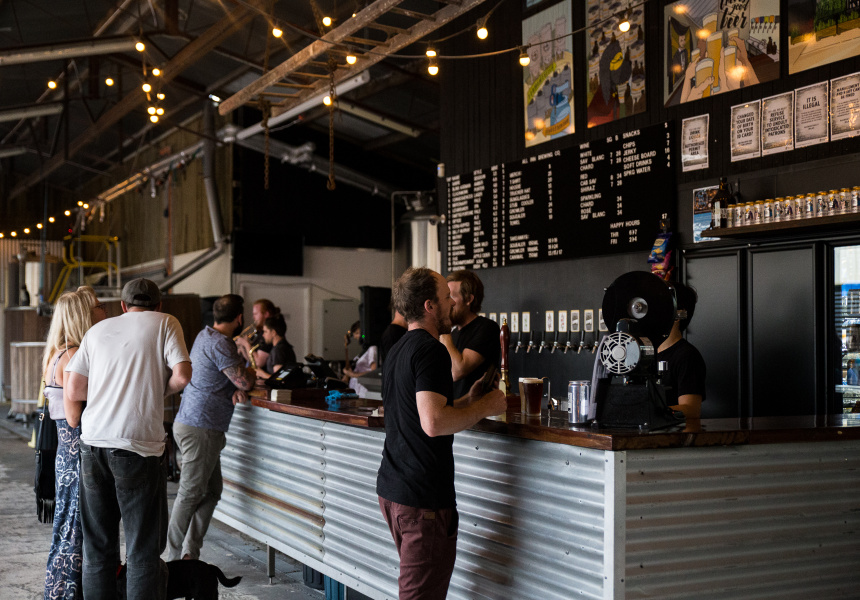 Harley Goodacre is the brains and brawn behind All Inn Brewing Co. The former mechanic earned his chops with Stewart Brewing in Loanhead, Scotland, before becoming head brewer at Sunshine Coast Brewery.

Finding a run-down, former panel-beating warehouse closer to his Brisbane home, he emptied the shell. Next he installed timber-clad vats behind a whopping recycled timber bar, and set aside car-park space for family friendly outdoor seating, food trucks and live music.

Goodacre wanted a range of ales that would make an impact in the craft-brew world. It was this thinking that became the basis for his well-rounded core range. The unfiltered full-flavoured ales come by paddle (four x 200-millilitre tap pours), schooner, or growler. There might be Sabre, an easy-going session ale; the amber, tight-headed Blind Axeman; or perhaps Clockwork, a smooth porter with seven malts and two hops.

Out front food trucks supply mobile bar snacks such as ribs, po’ boys and sticky Asian buns. The former car park is strewn with recycled furnishings, so there’s no need to stand while you eat.

And the brewery’s name? Every last cent went “all in” to establish it. The moniker stuck.