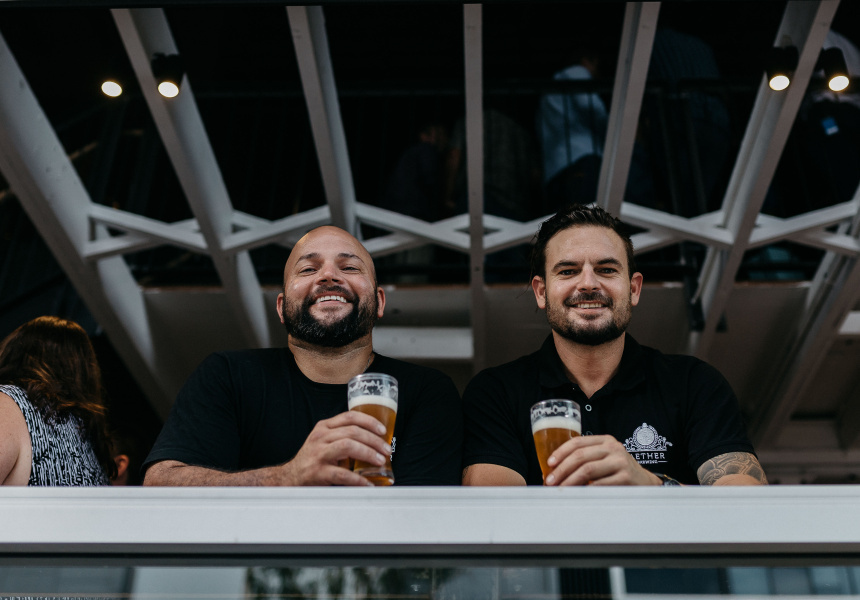 Before opening Milton’s Aether Brewing in late 2016, owners Dave Ward and Jimmy Young always planned for a second venue in two to three years. What they didn’t bank on was Aether getting so popular, so quickly.

“We’re a bit ahead of schedule,” Ward says. “It was one of those situations where we either bite the bullet and spend the money now, or we wait another year [and risk] missing our opportunity.”

Ward and Young are opening a large 580-square-metre production facility and taproom in Northgate, called Aether HQ, in late October.

Currently, Aether has a facility in Maleny with 10,000 litres of brewing capacity. That’s in addition to the 3000-litre capacity it has at the Milton brewpub. Ward says the plan for Aether HQ will involve moving equipment from the Sunshine Coast to Northgate and adding more tanks.

“The overall plan is to have Aether HQ produce most of the packaged product,” Ward says. “Then we would like to have a couple of Aethers like [the Milton brewpub] around Australia.”

With the extra brewing capacity, Aether will finally be able to meet the huge demand for its core range of beers, as well as produce some interesting seasonal beers (its upcoming spring release is a sour double IPA loaded with boysenberry).

“Right now, all our space is taken up with core beers,” Ward says. “I’m very excited about bringing out new, creative beers that we’re not really seeing at all around Australia.”

Aether HQ’s taproom will open on Fridays, Saturdays and Sundays, and have between nine and 12 taps. Ward hopes to utilise an outdoor space by bringing in food trucks and setting up a beer garden.

“We’ve got a fair bit of outdoor space, which is wonderful because we lack that [at Milton],” Ward says. “We’ve got a good 60 to 70 square metres where we can put in a movable beer garden, which we can take away during the week when we’re brewing.”

Aether HQ will open at 340 Melton Road in late October.