In September, Queensland’s biggest outdoor art exhibition transforms a one-kilometre stretch of Currumbin Beach – plus heaps of offshoot locations. It’s a feast for the eyes in the daylight, but don’t overlook an after-dark visit to see its imposing structures lit up at night. 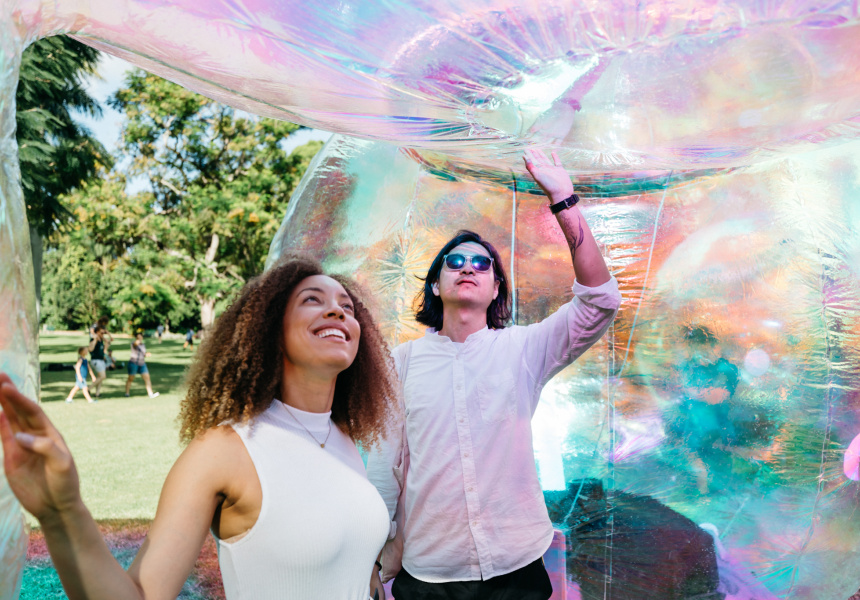 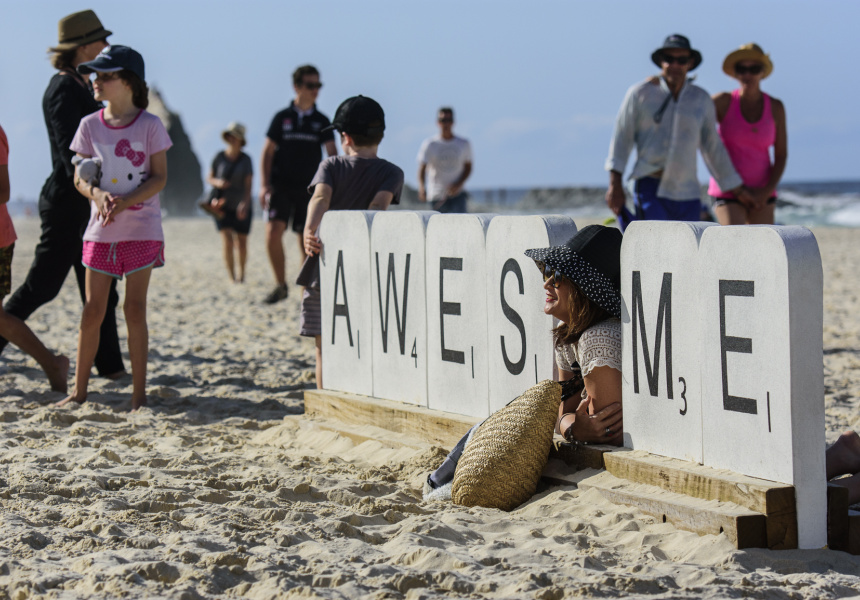 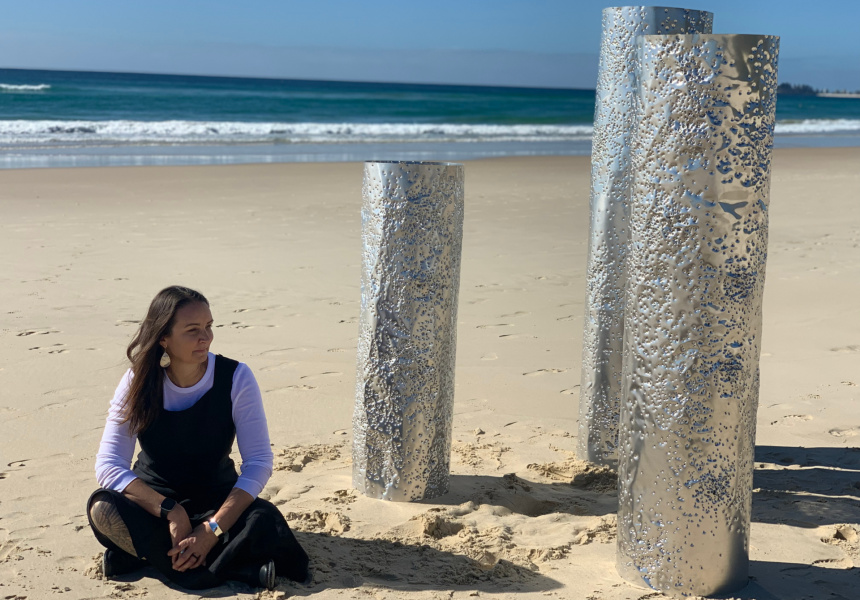 Artist Rae Saheli with Passing Through

Curating the annual Swell Sculpture Festival and all its offshoot events during the pandemic has been an “absolute rollercoaster ride”, according to executive director Dee Steinfort. “We’ve lost artists due to border restrictions, and we’ve worked with others to install their works for them,” she says. But the festival has forged ahead to deliver its annual beachside event for the community and visitors to the Gold Coast. “We’re trying our very best to deliver really awesome interactive public art in various ways.”

Twenty-five artworks have come from outside the state, including one from Australian-Colombian artist Emma Anna, who’s currently in lockdown in Victoria. “A huge element of that installation was documenting the public interaction with the work,” says Steinfort. “It’s a giant Scrabble word that says ‘Magical’, and there’s another one that says ‘Amazing’ at Lower Beechmont. The audience is asked to film themselves telling Emma Anna what’s magical or amazing about their lives or where they live.”

Emma Anna’s Wordplay project has missing letters. The public’s interaction with her work is “the missing piece”, as they’re invited to fill in the blank with their bodies or objects that speak to the meaning of the words. “There’s a QR code on-site where they can lodge a video, and it goes to Emma in Victoria where she’s going to filter those onto the Instagram page @wordplayswell. And so Emma is interacting with the audience in this modern, remote way.”

The main event at Currumbin Beach features 58 artworks in the running for the $3000 Swell Sculpture Award. Other award categories include the People’s Choice and Emerging Artist awards, with a total prize package of $24,000.

One of Swell’s veteran artists, Clayton Blake, is in the running for his ninth year. The Queensland local has previously exhibited a piece made from 1700 bread crates and one made with pool noodles. This year, Blake’s sculpture Monolith, a tribute to post-war brutalist architecture, will stand at almost 10 metres tall. “It’s this giant concrete structure, and it’ll be absolutely stunning,” says Steinfort.

There are also intricate sandstone sculptures by Italian artist and Gold Coast local Irene Messia. “She’s spent six months, every day, sculpting these huge sandstone blocks into these beautiful figures. They’re remarkable.” The work, called Ulysses’ Shipwreck, is inspired by The Odyssey and tells the story of a man’s journey to enlightenment.

It's not the only sculpture to reference Homer. At Northerly Swell, Homer Homer is a five-metre-tall inflatable head that’s half Homer Simpson, half ancient-Greek poet.

And it’s not the only giant. There’s also a work featuring five huge inflatable bunnies from Tasmania’s Parer Studio, called Intrude. “Some of them are seven metres tall. They’re big, white bunnies and they’re lit from the inside at night, so they’re going to look absolutely gorgeous. The artist’s statement is about borders and the history of Australia, and what it means that we have bunnies here and their ecological impact,” explains Steinfort.

A running theme this year is the environmental crisis. There are works made from household rubbish, discarded industrial waste and plastics collected at beach clean-ups.

New South Wales artist Jen Mallinson has made a series of beautiful steel sculptures called Brain Freeze – “she’s welded them and shaped them into almost fragments of beach coral” – which aims to draw attention to the effects of warming waters.

There are also some artworks that take up no physical space at all. An augmented-reality work asks the public to scan a QR code that allows you to see “sculptures float past your eyes. It’s lovely to have that included in the exhibition this year,” says Steinfort.

At Easterly Swell, there’s an iridescent work by Sydney design studio Atelier Sisu that’ll reflect the sun’s rays like a rainbow. Evanescent is a series of giant bubbles – “and they have a soundscape, so when the audience walks through the artwork the soundscape reacts.” 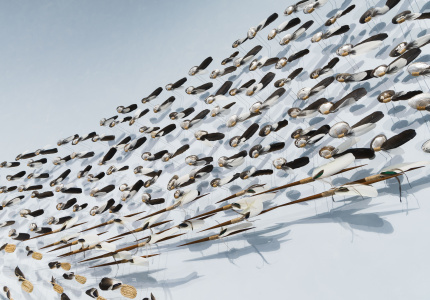