“Water” explores the power and scarcity of our most precious resource through a series of monumental works. 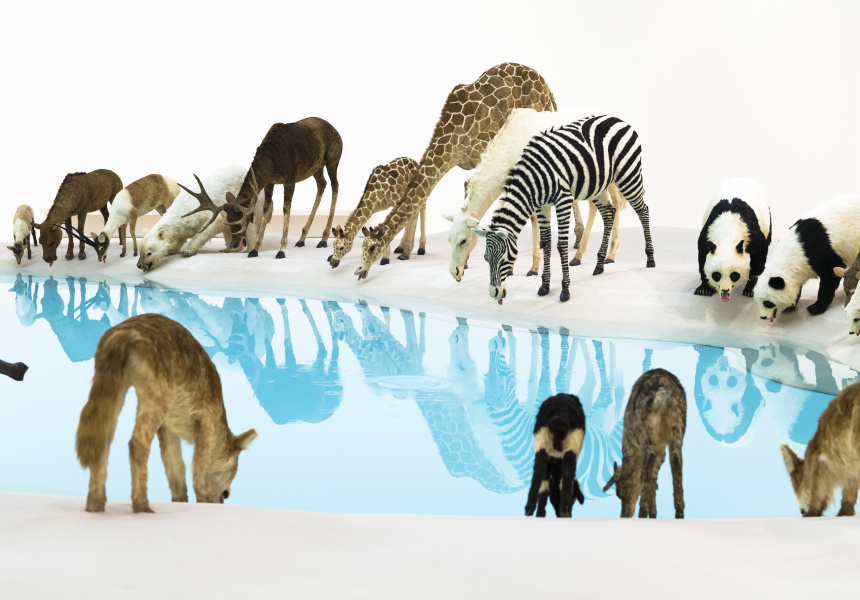 First it was fire, the eastern and southern coasts of Australia swallowed by flame and smoke. Then it was flood, a years-long drought finally beginning to break across the country as roiling storm fronts inundated the outback.

Australia’s diabolical summer of 2019–2020 is perhaps the first thing that comes to mind when wandering through Water, GOMA’s current major exhibition. This is a gallery known for its blockbuster surveys of artists such as Andy Warhol, Yayoi Kusama and Pablo Picasso. But in terms of timeliness, at least, Water tops them all.

“That’s been incredible, in a way,” says QAGOMA curatorial manager of international art and Water curator, Geraldine Kirrihi Barlow. “We’ve had drought and fire and flood – so many things happening over the course of the show. We’re living in a time where things people have been warning about for years are now happening, and there’s a bittersweet quality to that.”

Broadsheet is at GOMA for a guided tour through Water but also to better understand some of the subtext behind the exhibition, which opened in early December. The invite came from HSBC, principal partner for Water. The bank is keen to spruik its green credentials and in particular its own long-term partnership with the Nature Conservancy, a decades-old environmental organisation with conservation projects in 79 countries and territories around the world.

Taken just at face value, Water is a beautiful exhibition. Barlow leads us past Megan Cope’s ghostly, intimidating RE FORMATION, which echoes the enormous middens created by pre-colonial Aboriginal people from discarded shells and bones; the romantic underwater photography of Paul Blackmore’s Heat series; the floating forest of gymnastic rings in William Forsyth’s The Fact of the Matter; and through Cai Guo-Qiang’s modern classic, Heritage (pulling Cai’s 2013 work out of GOMA storage was one of the “inception moments” of the exhibition, Barlow says).

But the further you wander, the more the harder edges begin to show. There’s Angela Tiatia’s Holding On, in which the New Zealand-born, Sydney-based artist uses her own body to chart the rising of the Pacific Ocean as it slowly engulfs the tiny island nation of Tuvalu. Or the absurdist photographs of Julian Charrière’s Blue Fossil Entropic Stories, which show the artist trying to melt Icelandic icebergs with a blowtorch. And of course there’s the exhibition’s big daddy: Olafur Eliasson’s iconic Riverbed, in which a tiny stream is surrounded by hundreds of tonnes of stone and rock, a comment on the precious nature of water.

It’s quietly disconcerting stuff and – even without Australia’s own recent swings between drought and deluge – taps into international anxieties about water supply, pollution and conservation.

“The precariousness of the water supply was something I felt we needed to communicate,” Barlow says. “But there are so many ideas and you’re also trying to ensure as many of the [resources available to you] are committed to artists.

“[And] we’re in the south-eastern corner of the state, so there’s this question of how do you speak to the entire state when your experience might not necessarily be typical of the state’s experience. Or, how do you encourage a national dialogue in a country that’s very politically divided.”

For Nature Conservancy marine biologist Doctor Chris Gillies, the exhibition harks back to a time when the arts and marine science were – perhaps surprisingly – more closely interwoven.

“One hundred years ago there was a better connection between the arts and marine science than there is today,” Gillies says. “This exhibition restarts that process, and hopefully there [will be] more shows like this.

“It’s about connecting [visitors] to the ocean and making them more conscious of what it means to them. There are stories behind each of these artworks that help people humanise what they see and hear in the media about issues such as sea-level rise, ocean acidification and ocean plastics.”

“I think so,” Barlow says. “The beaches and the waterways are so beautiful up here and there’s a sensuality in diving into water. As much as there are a lot of critical issues and challenges, part of my hope with this show was that it could celebrate water as a place.”

Water will be on display at GOMA until April 26. Tickets are available here. 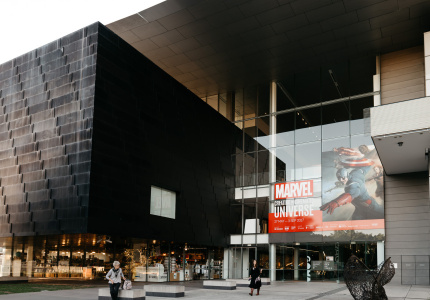