More than 11 years after it opened, the gallery is finally complete. 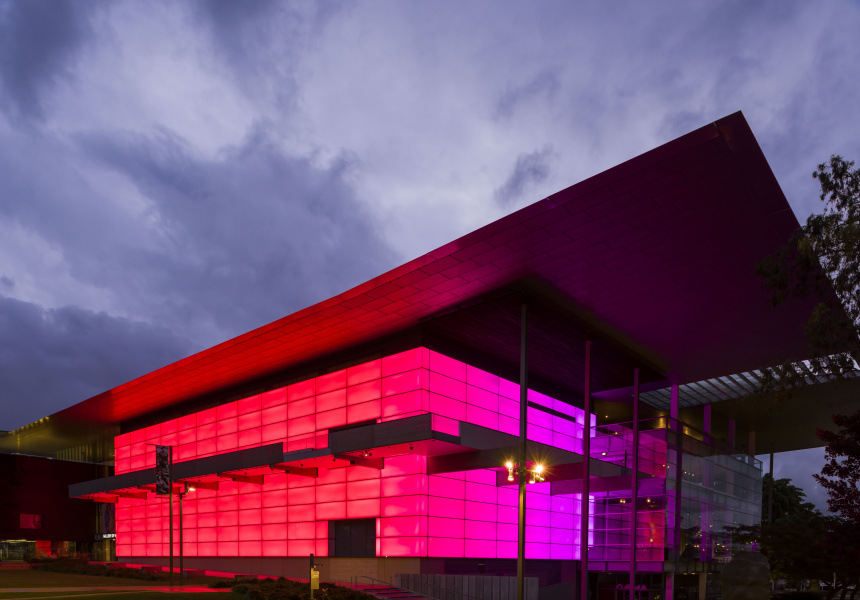 The gallery threw the switch on the Night Life 2018 last night. It will now illuminate the eastern and southern façades of GOMA every evening, with shifting patterns of coloured light from sunset to midnight.

A leading international light artist, Turrell’s work was commissioned to mark the tenth anniversary of GOMA. Originally scheduled to open in April, it launched last night at a public event on the Maiwar Green and GOMA forecourt.

QAGOMA director Chris Saines described the artwork in a statement as “a first for Turrell and unique in terms of the many other light works he has created around the world.”

“This is a major moment for the Gallery and our audiences, as we bring to life a permanent solid light installation that is a deeply immersive field of slowly changing colour,” Saines said.

“With the launch of Turrell’s work at GOMA we realise a key aspect of the architects’ original design and vision for the building.

“James Turrell’s artworks are unique and meticulously designed to encourage a spirit of contemplation – as an artist he creates experiences with light and space that invite audiences to share a moment of reflection while in the company of others.”

Since opening in December 2006, GOMA has established itself as one of the country’s leading modern art galleries. But the building itself was never fully finished – at least not in the way lead architects Kerry Clare, Lindsay Clare and James Jones envisioned. Their intention was always for GOMA’s white box facade to be illuminated with artwork. Night Life finally completes that vision.

If you’re free later this morning, Geraldine Kirrihi Barlow, curatorial manager of international art for QAGOMA, will be in-conversation with design consultant and project manager Brant Harris to discuss the development of Turrell’s GOMA installation. The in-conversation kicks off in GOMA’s Cinema A at 11am. 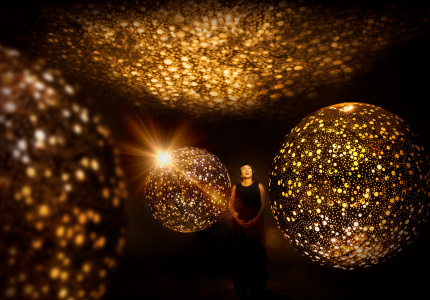 Brisbane Festival Will Have Its Largest Visual Arts Program Ever in 2022, Including New Floating Installations