Back for its first in-person event in two years, the Cairns Indigenous Art Fair (CIAF) returns. In partnership with Tourism and Events Queensland, we speak with artistic director, Janina Harding, about her top picks for at the country’s premier Indigenous art fair. After two years of online-only events, the Cairns Indigenous Art Fair (CIAF) is back in person, taking over the recently refurbished Cairns Convention Centre from July 6 to 10.

Since launching in 2009, CIAF has showcased the work of Queensland’s Aboriginal and Torres Strait artists to an audience including national and international collectors and curators. CIAF artistic director, Janina Harding, a proud Meriam (Erub/Mer) woman, moved from Melbourne to take the reins at the fair in 2015, after spending the 13 years prior running the City of Melbourne’s Indigenous arts program. Harding was at the helm over the past two years during CIAF’s foray into the digital world, which saw people from more than 80 countries visit the site. “We’d never done anything like that before,” says Harding. “It was with hard work and a team effort that we managed to pull it off.”

Despite the success of the online Art Fairs, Harding and the team are thrilled to once again be holding an in-person event in 2022. We asked Harding to call out some of her top picks for this year’s sprawling multi-arts fair.

“Muriata reveals her connection to Country and the precious cultural knowledge that is depicted in the work, such as the rainforest shelter built for camping made from lawyer cane and paperbark,” says Harding. “The painting evokes a calmness that reflects Muriata’s deep relationship to her natural environs, a typical rainforest camp site where culture is practiced and intergenerational knowledge is shared.”

Buthuiia – Esmae Bowen, Hopevale Arts and Cultural Centre
“Bowen celebrates the bush apple by providing the viewer with her survey of the fruit through a series of five works,” says Harding of Esmae Bowen’s Buthuiia paintings. “The series reveals her keen eye for detail and beautiful brush strokes.”

It’s clear Bowen has studied the fruit since her childhood, says Harding. “Bowen makes us want to explore her Country and taste the salty fruit that has just been washed in the salt water.”

“At first glance we are drawn to the figure mimicking the turtle, then the men who surround to guide the young boy into his man state. The work celebrates a timeless culture, where connection to Country and culture is strong for the world to take heed.”

“Cedar’s four sculptural works” – made of pearl shell, fibreglass, bamboo, resin, wood, metal, raffia and coconut fibre – “represent the four winds of north, south, east and west,” says Harding. “He shares with the viewer the significance of seasonal winds in Torres Strait Islander culture. The works reveal Cedar’s accomplished experience as a cultural craftsman that pivots with breathtaking precision into the world of contemporary art.”

Page 47 – Tindale Genealogical Collection – Simone Arnol
Controversial anthropologist and ethnologist Norman Tindale gathered a large collection of notes and artefacts in his 20th century study of Aboriginal people. The Norman Tindale Collection is the subject of a provocative work by Gunggandji (Yarrabah community) woman Simone Arnol that “expresses the subjugation of her people as objects to sort and collect”, according to Harding.

Arnol uses a marked burnt wood to assemble the bookshelf. “We are taken aback by the Aboriginal faces of her family as they appear like death masks between the clay books to remind us of a time that was harrowing for First Peoples across the nation,” says Harding. “Like Arnol’s previous work, Page 47 – Tindale Genealogical Collection is executed with grace and dissent.” 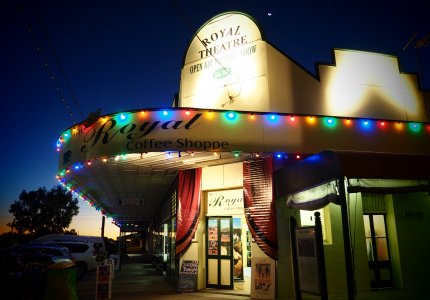