At her new exhibition, Missile Park, artist Yhonnie Scarce puts a spotlight on a dark moment in modern Australian history. Yhonnie Scarce, Prohibited Zone, Woomera 2021, research photograph. Courtesy the artist and THIS IS NO FANTASY, Melbourne. 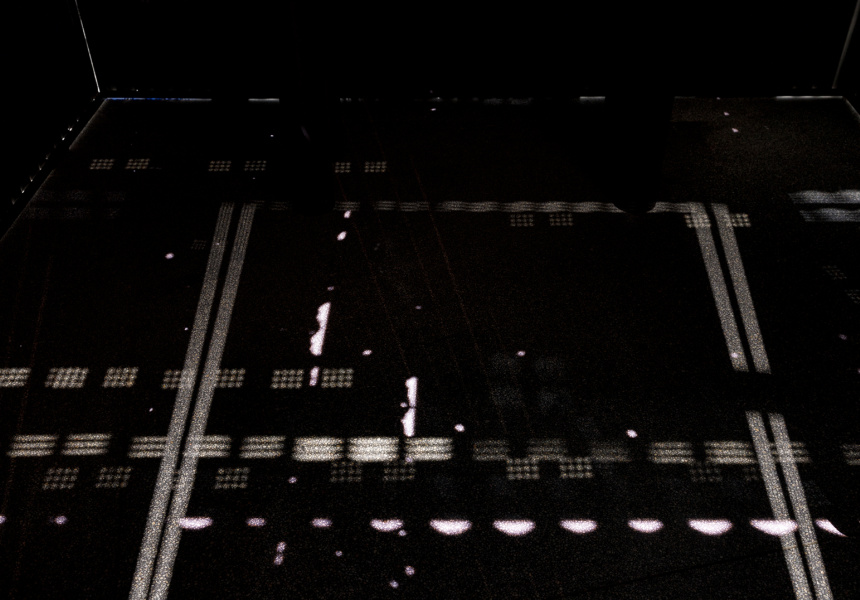 During the 1950s and 1960s a series of nuclear tests took place in the Woomera Prohibited Area in South Australia. Despite it occurring in living memory – and despite, reportedly, the impacts still being felt today – it’s something that’s rarely talked about. It’s a history artist Yhonnie Scarce has dedicated herself to shining a light on.

During the past 15 years Scarce has exhibited work around the world, including at the 55th Venice Biennale and the Pavilion of Contemporary Art in Milan. Her work has a focus on family, colonisation and on darker, often hidden truths.

“That's the beauty about art,” Scarce says. “Artists can uncover those histories and make work about it.”

Scarce, a Kokatha and Nukunu woman, was born in Woomera, on the southeastern edge of the Woomera Prohibited Area. “I grew up with the knowledge of those nuclear tests,” she says. “It's probably one of the most hidden histories within Australia, not just South Australia”.

So, when Scarce was invited to create a new commission alongside a survey of her career so far, she was keen to travel back to her birthplace and make something that referenced the site. The result is Missile Park – the name given to both the new artwork and the wider exhibition.

She describes Missile Park the artwork as one of the largest of her career. For an artist who specialises in sculptural installations that easily fill entire rooms (see 2015’s Thunder Raining Poison, which featured 2000 glass yams), that says a lot. It consists of three scaled down military sheds, which are a reference to the Woomera Prohibited Area.

Inside each shed there are 20 bush plums made of glass and displayed on an altar. “You're invited to engage closely with those plums. Particularly in one of the sheds, you're allowed to enter and shut the door behind you,” Scarce says. “They are sites for reflection and thinking about what happened during that time period – and also the ongoing withholding of information.”

Glassblowing is a significant part of Scarce’s artistic practice.

“With glass, it’s an extension of myself – very much so as an Aboriginal person,” she says. “I’m creating different elements of my history, but also the overall history of Australia and its treatment of Aboriginal peoples. I think the energy that you put into those objects remain in those objects. Particularly with glassblowing, you're actually giving life to them through breathing air into the hot glass.”

Missile Park is accompanied by 10 other works that make up the retrospective. “One work in the exhibition is from my art school days, and that is the oldest work in the exhibition. And there are works that are about my family,” Scarce says. “That was really, really important to include, because that's where a lot of my works come from – family history.

“It was about [creating] a selection of works that actually speak to each other as well, and show that development of work over the 15-year period.”

And what does she hope people will take away from experiencing Missile Park?

“I think you get a broad history lesson by viewing the exhibition,” she says. “There are various works in there that refer to what happened to Aboriginal people during the colonisation of Australia that is still yet to be taught properly in our education curriculum … I feel very fortunate that I've been able to make something this big that people can engage with and learn more about the history – particularly of South Australia.”

Yhonnie Scarce: Missile Park is on display at the Institute of Modern Art from July 17 to September 18.

This story was produced by Broadsheet in partnership with the ACCA. 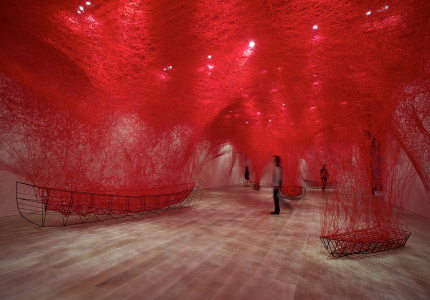 GOMA Will Be Taken Over by Giant Webs of Red Wool