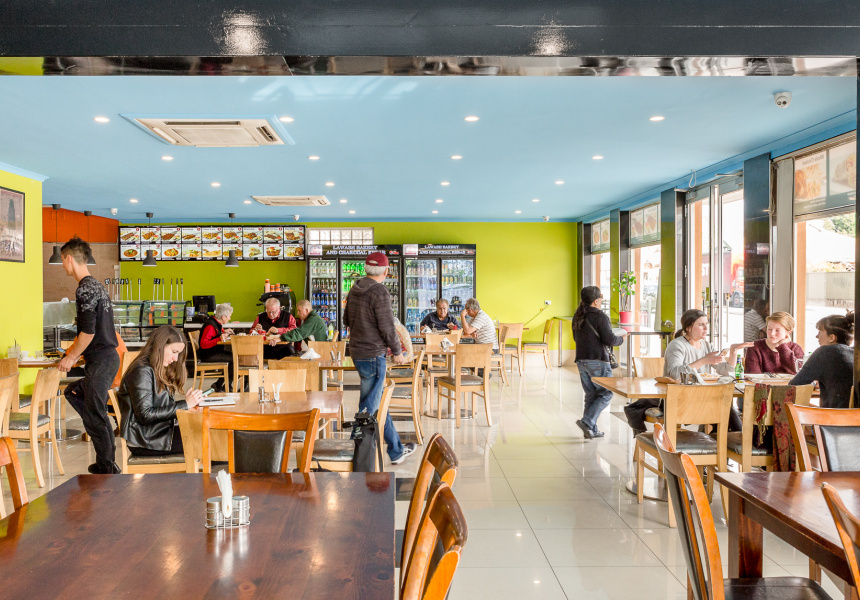 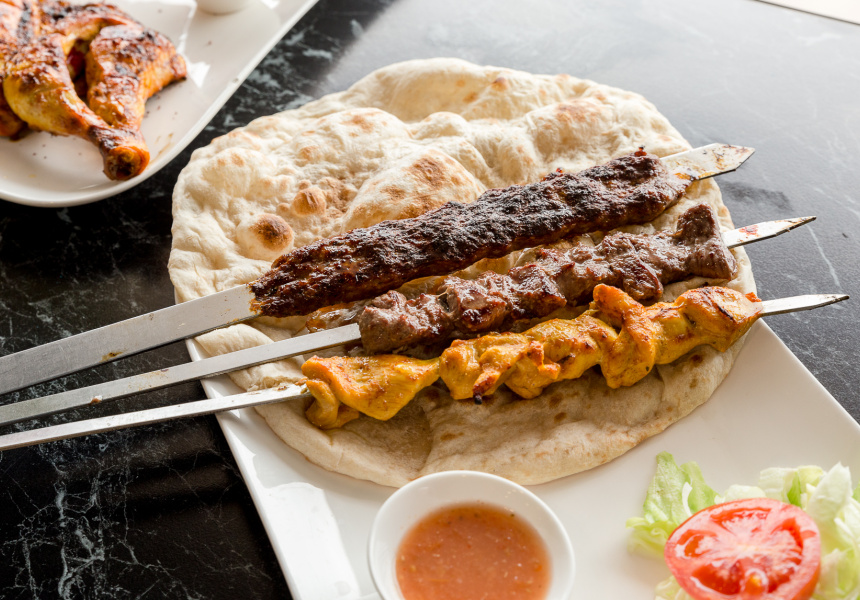 Four brothers – three by blood and one by heart – run Lawash Bakery. Ali Juma Afzali, Ali Dost Safi, Khadem Ali Afzali and Mohammad Haidari made the move from central Afghanistan to Adelaide in 2000 before opening the shop in 2004.

Here they make more than 1000 lawash (a large, thin, unleavened flatbread) every day. Each brother has an important role, such as slapping dough inside the hot tandoor ovens, pulling out freshly cooked lawash, and blending spices for curries and minced meat kebabs.

If they’re not lining up for a lamb wrap to go, groups of friends and families gather here over plates of alfam kebab (a half chicken coated in spices and chargrilled over the coals) or mixed kebab. The latter sports grilled chicken, that lamb backstrap, and minced lamb pulled off the skewer and served on lawash. It comes with house-made garlic sauce, and a mild chilli sauce.

There are plenty of liquid refreshments, but for a richer experience try the doough. Similar to Turkish ayran, Indian lassi, or Middle Eastern laban, the yoghurt-based drink is flavoured with mint, cucumber and salt, with a subtle carbonated fizz.

For dessert, there are two types of baklava stuffed with crushed pistachios – ladyfinger and half moon – homemade by a relative. Or you could try the Afghan jalebi. The popular Middle Eastern sweet is a bit like a thin scribbly pretzel, served deep-fried and soaked in sugar. Be sure to grab a bag of lawash on your way out.