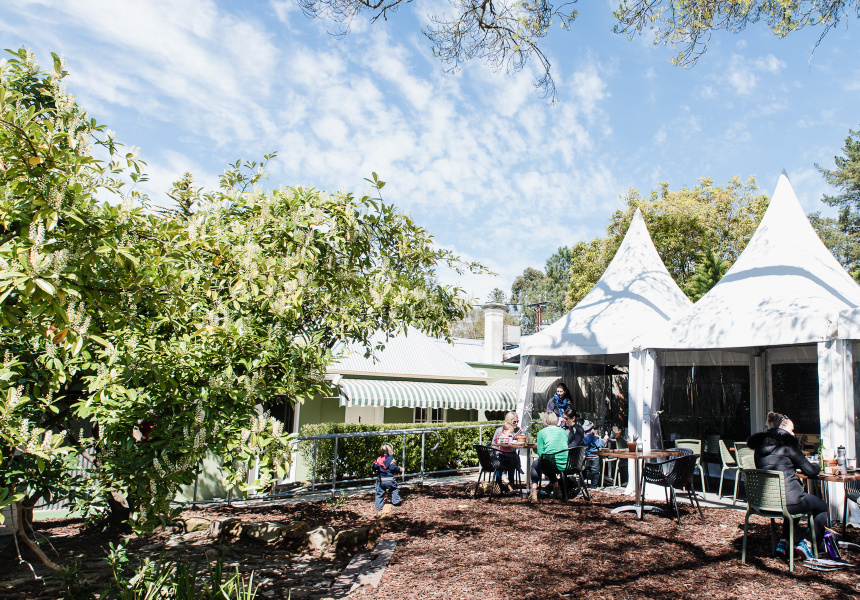 In the words of designer James Schueler, Patch Kitchen & Garden is “like your grandpa’s garden shed, done schmick.” Set in what was once Stirling’s post office and general store back in the 1880s, it blends the cosiness of a country home (complete with roaming chickens) with the trendiness of European design.

After the building’s renovation in 2014, owner Ben Barnett named it Patch in honour of its role as “the communal garden patch” of the neighbourhood. He sees it as a hub for people to explore, have a picnic, shop, or share a bottle of wine, making it popular with mums’ groups and leisurely Sunday brunchers alike.

The kitchen offers hearty breakfasts and lunches, such as crispy pork belly with poached eggs; and a reuban sandwich with house-made corned beef. At dinner, there's Moroccan barley and roasted vegetable salad; jerk chicken; and beef brisket with truffled mash.

There’s plenty of space to eat, with a sizeable garden and function tent out back, a terrace out front and three rooms warmed by open fires during colder months. A floristry shop, The Ivy Shed, is cited in a stone cottage behind the restaurant.