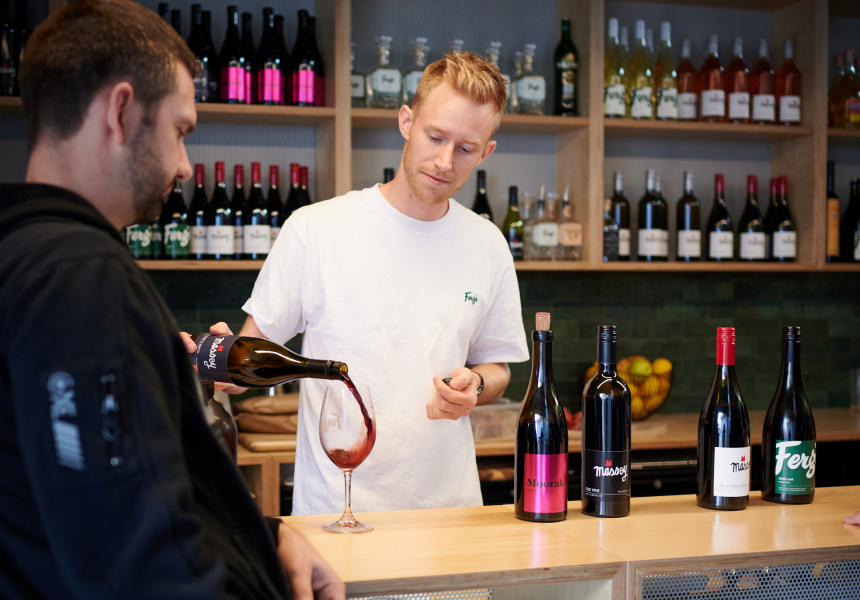 Little Bang Brewing Company moved out of its home on Union Street in Stepney (into a much bigger one 500 metres down the road) in 2018. After that, two winemaking cousins moved in.

Production for both labels is based at Ferguson’s Stonyfell winery. The Stepney warehouse is used for blending, bottling and storage … as well as tastings.

Whatever’s on-pour at Ferg’s is chalked up on the wall – mostly Moorak and Massey wines, plus those of a third, rotational producer without its own cellar door (at the moment it’s Dom Smith’s label, Slow Lane).

But it’s not all wine. The pair also dabbles in beer and gin. There’s an easy-drinking lager brewed with Little Bang, and a London Dry-style gin distilled in collaboration with Thebarton’s Imperial Measures.