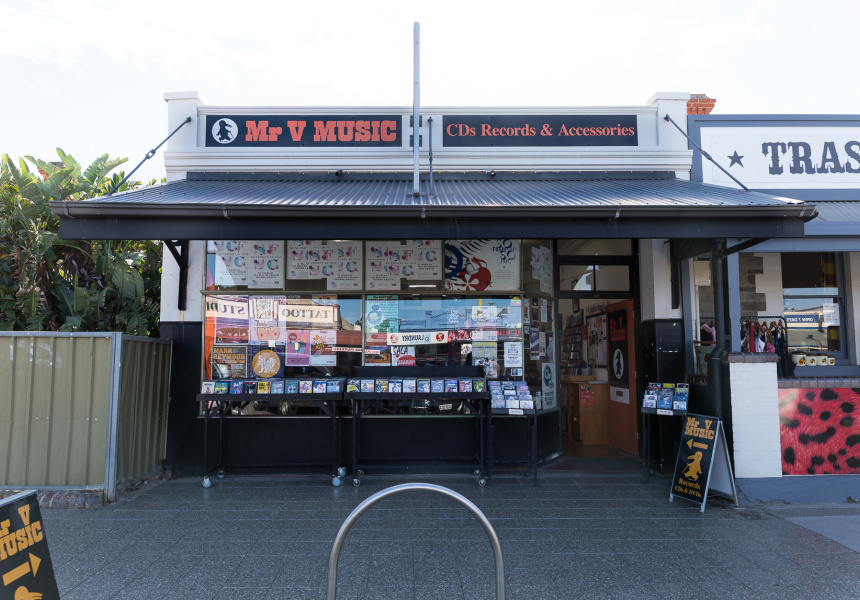 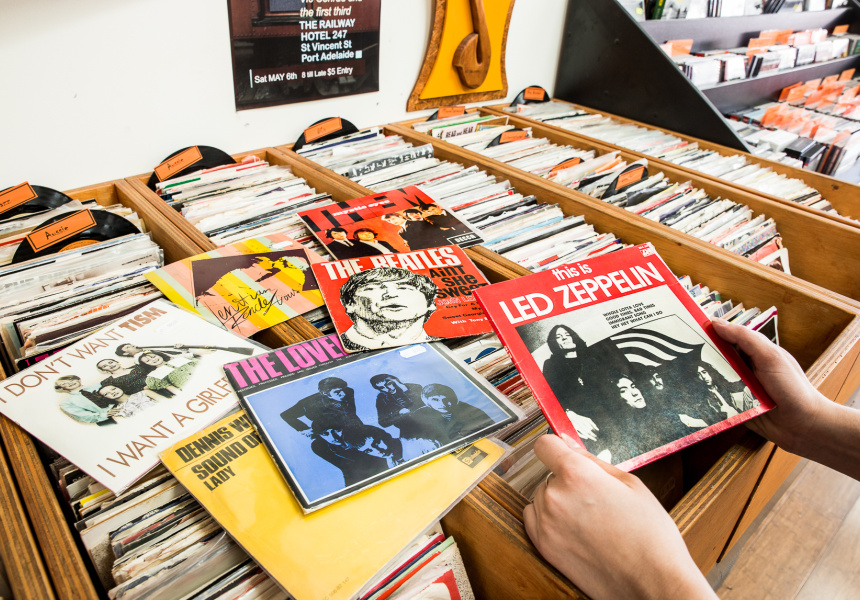 Vic Flierl has lived every music-loving teenager’s dream – working in and operating a record store for some 25-plus years. He’s kept the crates stocked at Mr V Music on Semaphore Road since 2001, and was with Big Star for 15 years before that.

Such a fixture is he that most regulars know him simply as “Mr V” – even though he’s not actually the inspiration behind the name. Now he just goes with it. (“Mr Valentine” is a song by one of the umpteen bands Flierl played in over the years. His wife suggested it would be a good name for a record shop too.)

Mr V stocks mainly secondhand records and CDs across all genres and price-points, plus the odd bit of musical knickknackery (guitar picks, strings, drumsticks; “Stuff to get people out of trouble”). There’s a rack of $5 discs on the footpath to snare wayward window shoppers.

Each year, Mr V Music travels to WOMADelaide to run the music and signing tent, and each year Semaphore’s world-music selection grows a little broader.

The Semaphore Record Fair, held every April and September, is another of Mr V’s local projects. The 2021 State Theatre Company Program Has Just Been Announced, But 2020’s Presence Is Still Felt