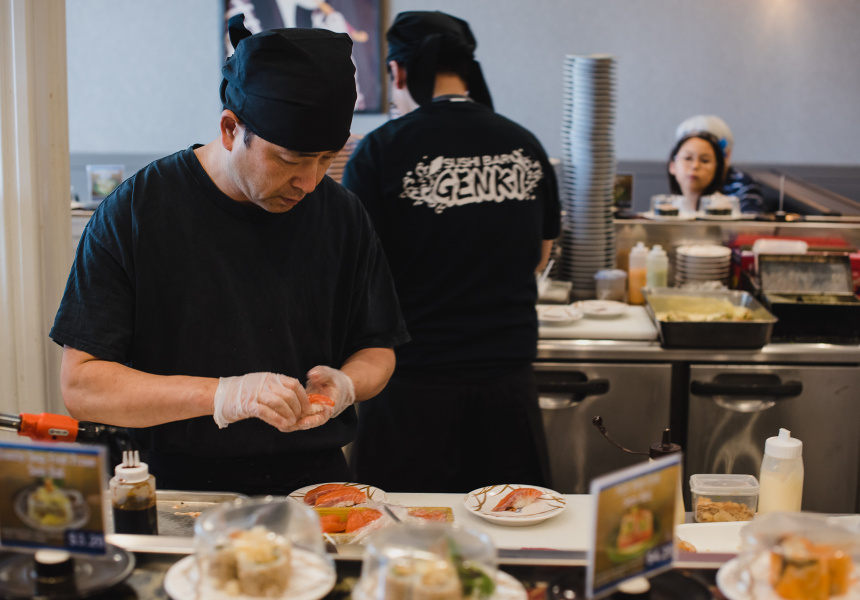 Sushi master Shozo Ikeda has been running Japanese restaurants in Adelaide for more than two decades, beginning with Himeji Japanese Restaurant in 1993, and followed by the excellent Genki in Chinatown. Former Ikeda alumni now head up some of the best Japanese restaurants around Adelaide, such as Wasai and Yakitori Takumi.

With a touchscreen ordering system and bright lighting, first impressions can be deceiving. But rest assured: this isn’t your average sushi train chain. Instead, great care is taken in sourcing the freshest ingredients – in particular the seafood.

In addition to the rotating plates on the train, there’s an extensive menu of ramen noodles, soups, and "Japanese tapas". From the made-to-order options, the chicken karaage and agedashi salmon cheeks are standouts. Chef Ikeda will often add something rare and delicious to his specials menu – keep an eye on Facebook for fresh sea urchin or tuna belly updates.

A small but considered sake selection is complemented by a good local wine list, with local and imported beers, including Asahi on tap. Take a seat in one of the cosy booths, or prop yourself at the bar and start tapping that screen.