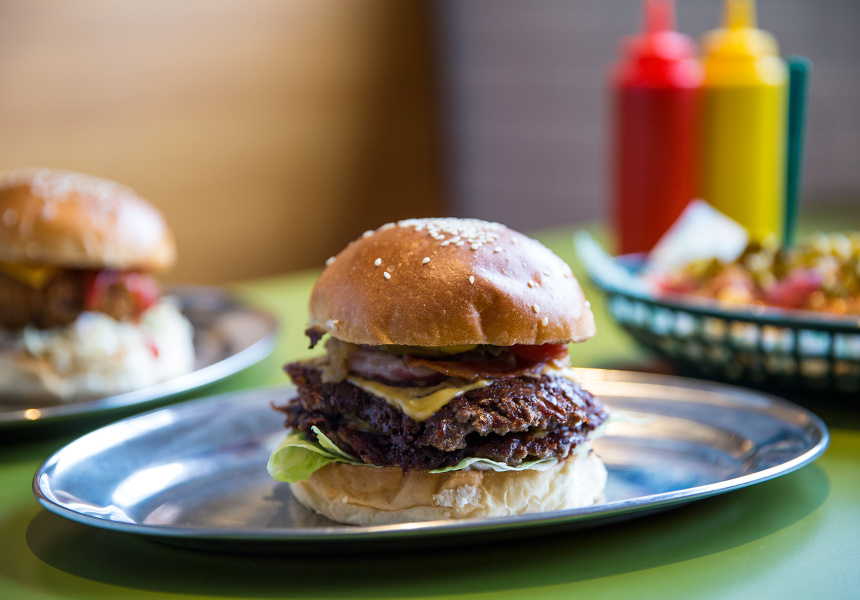 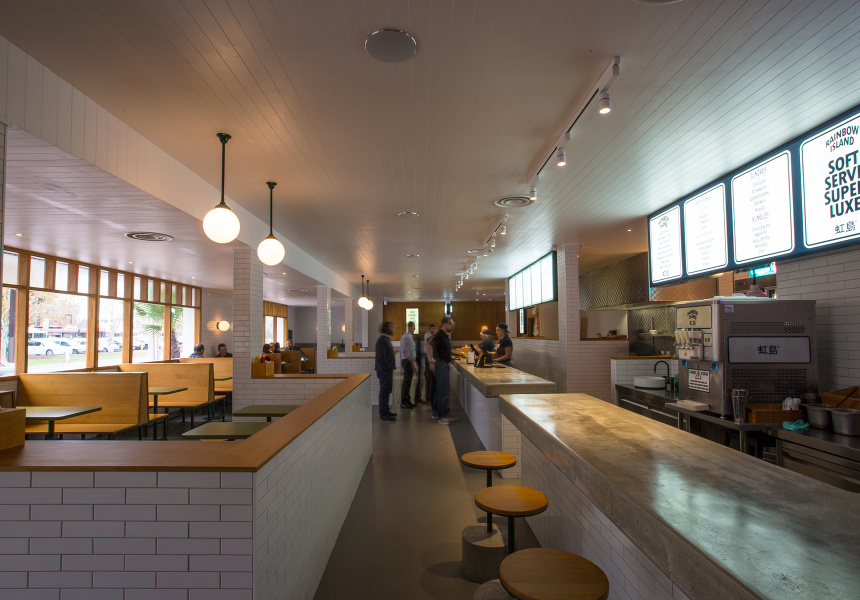 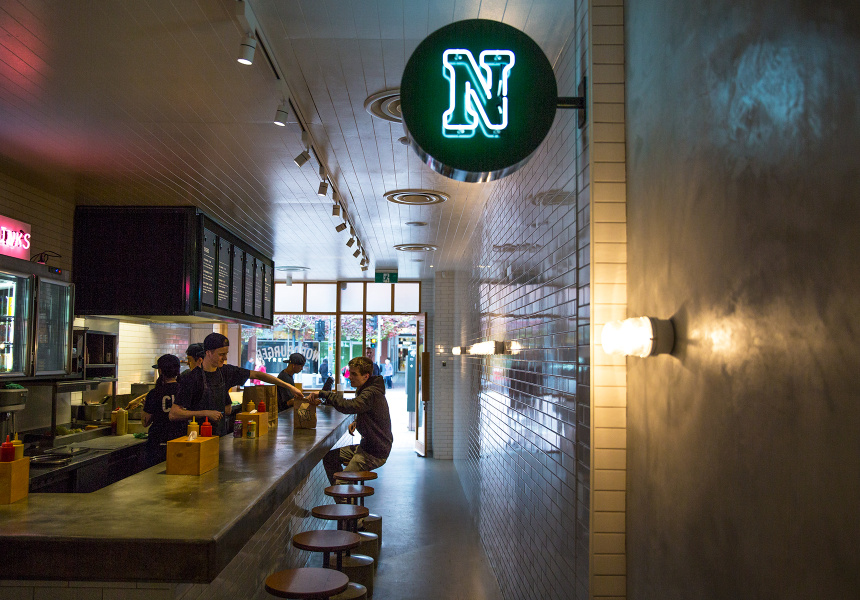 Despite common belief, Nordburger’s name didn’t originate from the suburb of Norwood. It’s actually named after OJ Simpson’s character in The Naked Gun. From that, a burger joint on The Parade was born, making simple, American-style burgers. The formula has since been replicated in Hindmarsh and Frewville.

There are just a few choices of burgers and hotdogs (including vegetarian options), but the meat is juicy, the extras plentiful, the brioche buns soft and sweet. It’s all topped off with rich sauces, the Nord sauce a particular standout.

Nordburger’s popularity is reflected in the line you’ll often see coming out the door, but rest easy. It moves fast and the atmosphere remains cool, calm and collected.

Grab a seat at the counter next to the kitchen so you can watch your burger get flipped and your fries fried. After you’ve inevitably had various condiments cover your hands – and face – you can wash up at the concrete hand basins at the back of the stores.